The legendary bar Borzoi is located in an old olive press in the town of Skiathos. The showcasing of the building’s shell and its relationship to its surroundings were the essential elements of the main idea. The main intention was to redefine the traditional local architecture and achieve compatibility with its current use. All the old architectural elements of the building were incorporated into the design as reminders of a bygone era.The wooden visible roof, the traditional wall plaster of Skiathos, the ornate frames, the old metal press machinery of the mill, the massive millstones were treated as material remnants of the past, and for this reason they were showcased and also provided design pretexts for new interventions to the building.The building consists of a large open interior space and an enclosed semi-covered courtyard. Inside the building there was a need for two built-in bars that were placed on the sides of the building’s shell to highlight the arches at the center of the building.In the courtyard an external built-in bar was placed and a curved built structure around which the restaurant area is organized. A key element in both the exterior and the interior of the establishment, are the bespoke structures that function as seating areas and the cast flooring that serves as the unifying factor of the design interventions.Wood and metal were the basic materials for all bespoke structures designed. The style of the traditional plastering applied by local artisans, was used for the final coating all of built structures. 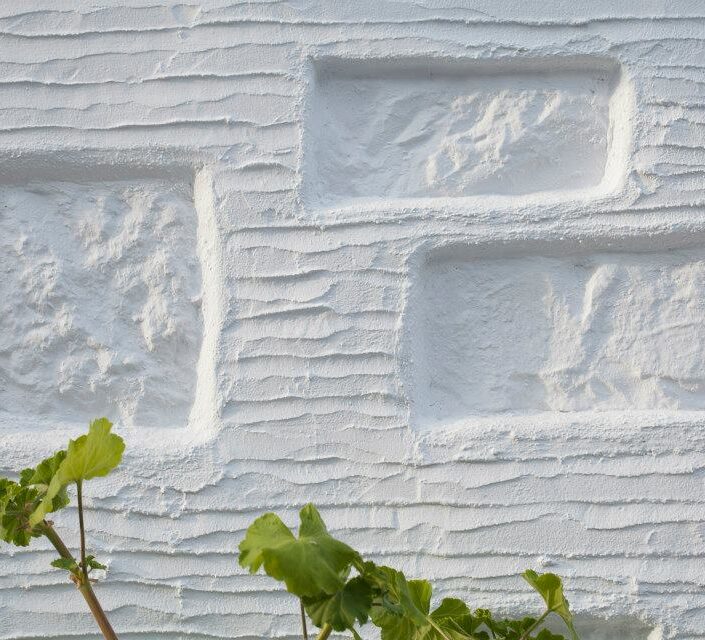 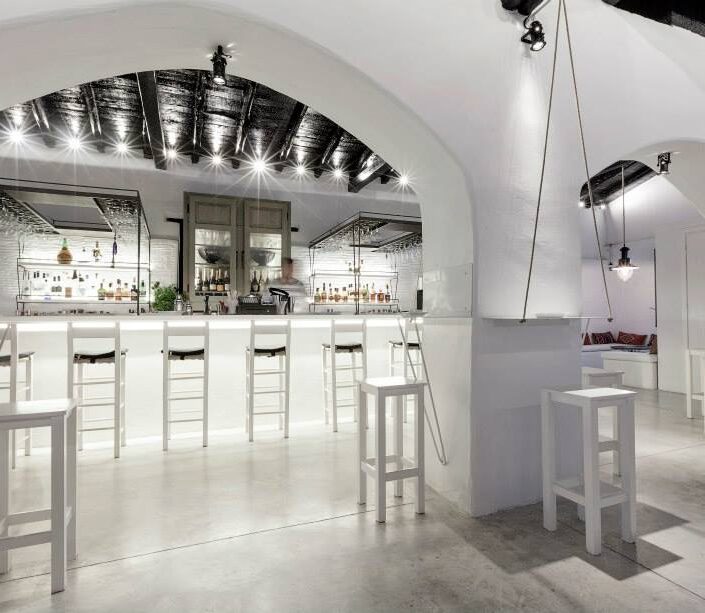 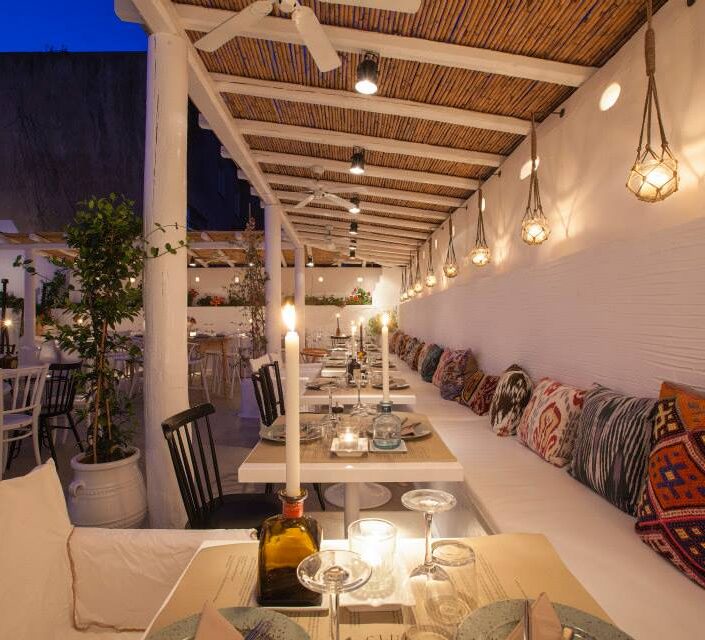 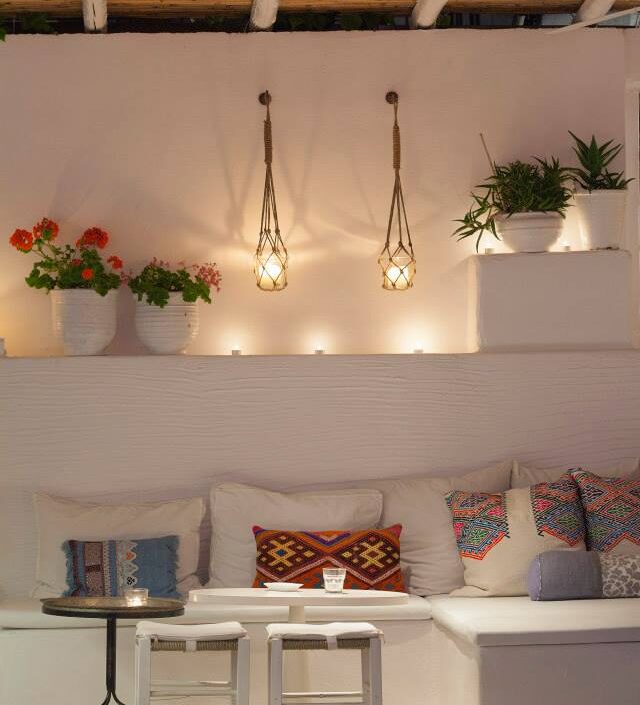 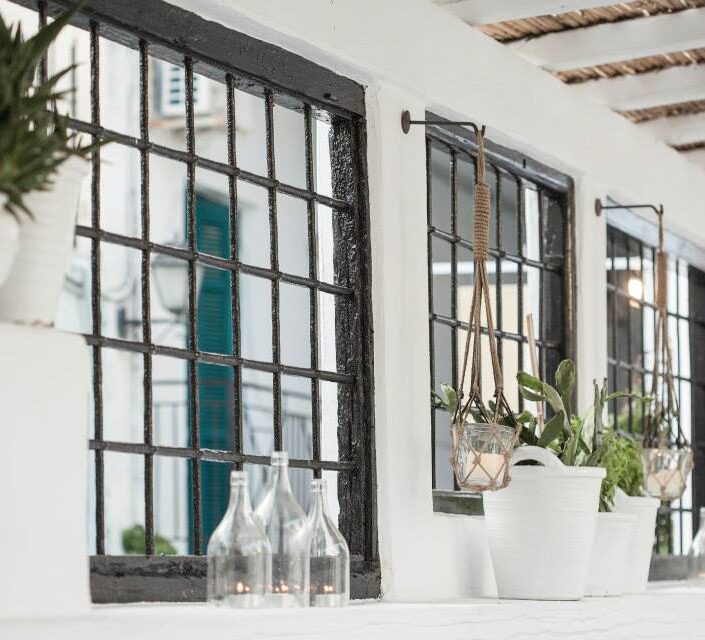 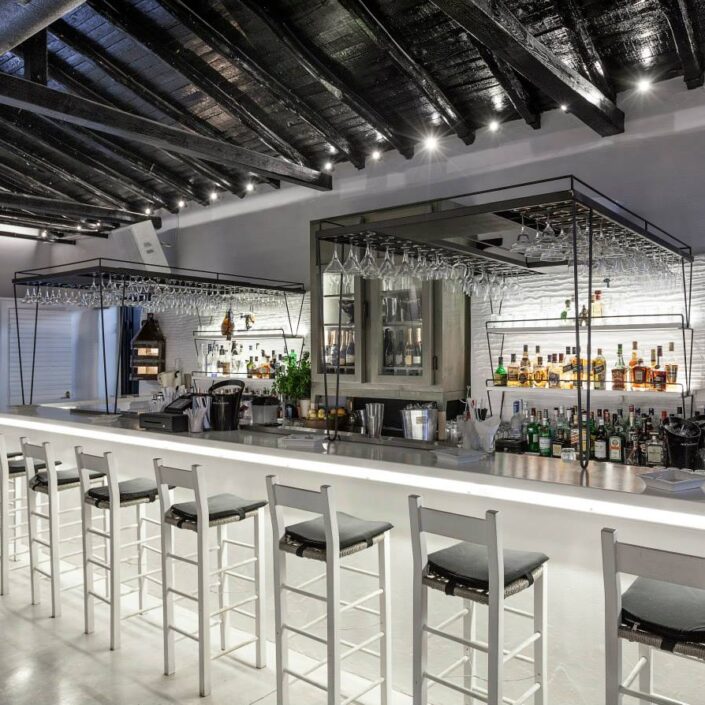 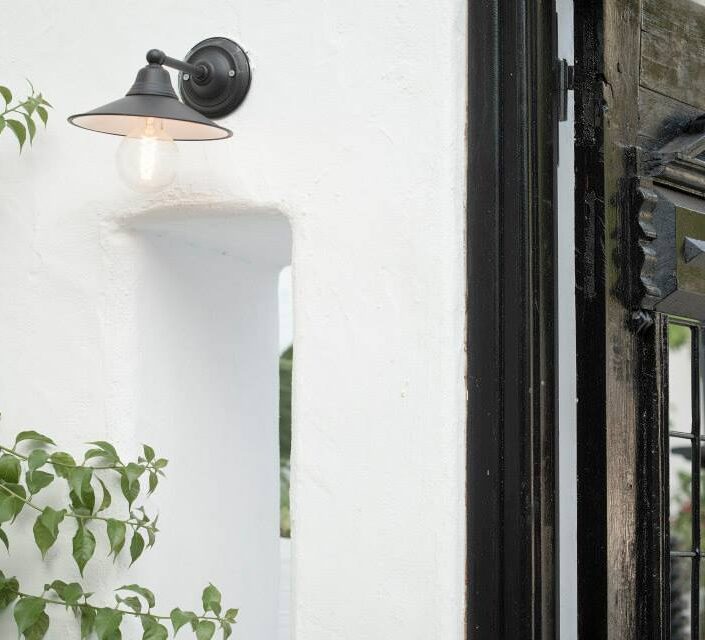 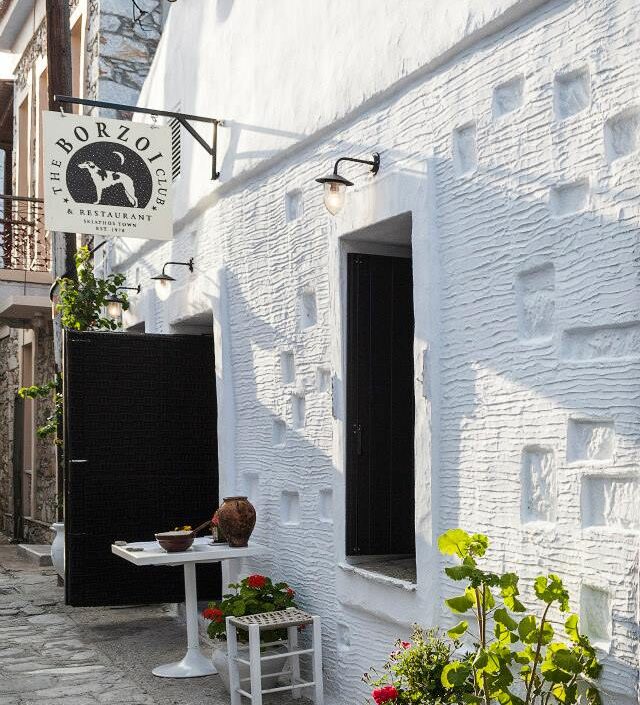 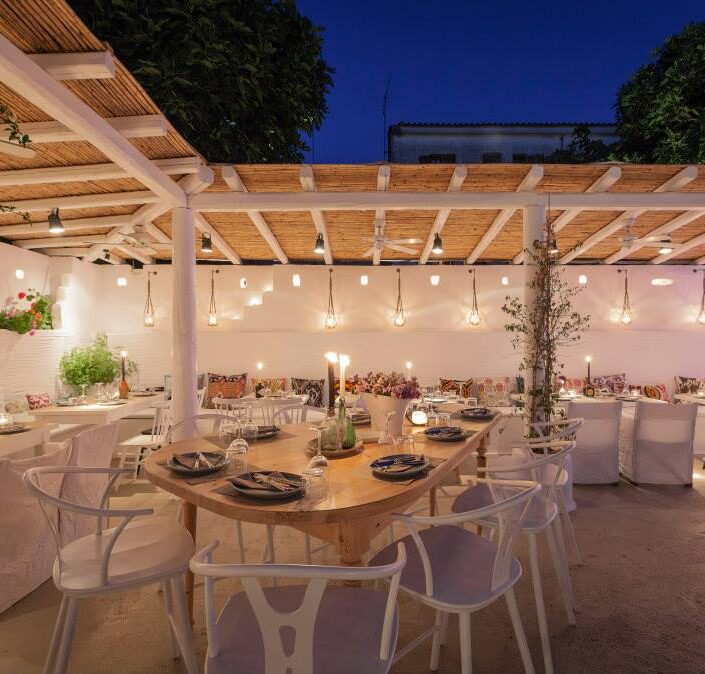 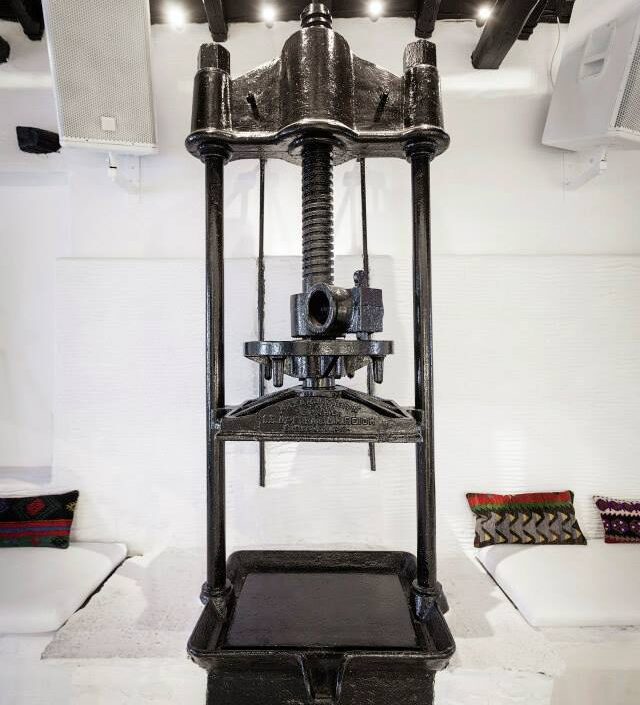 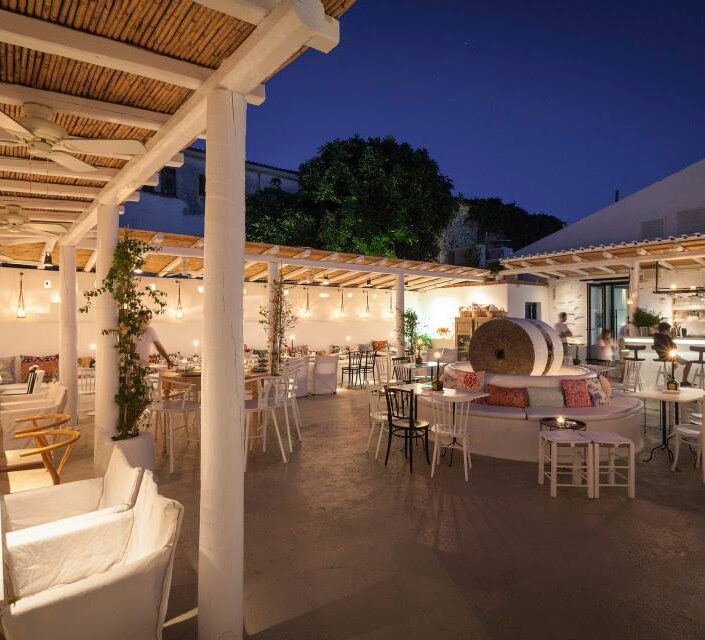 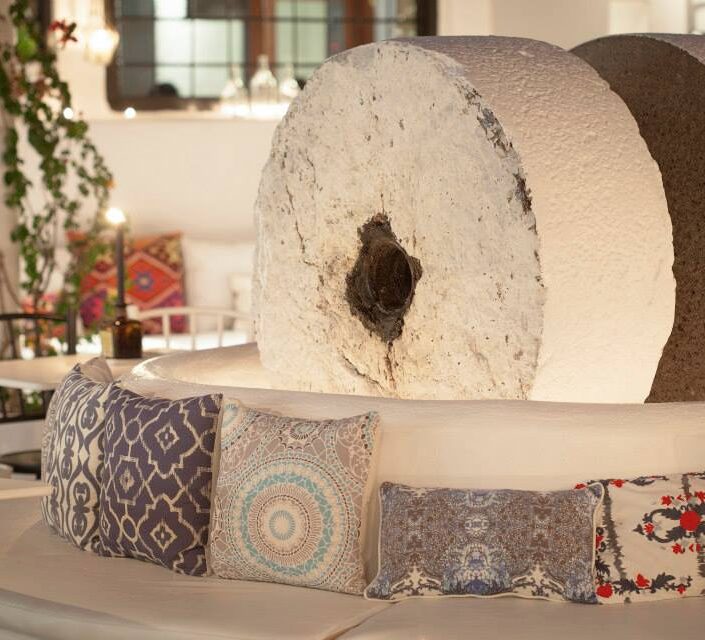 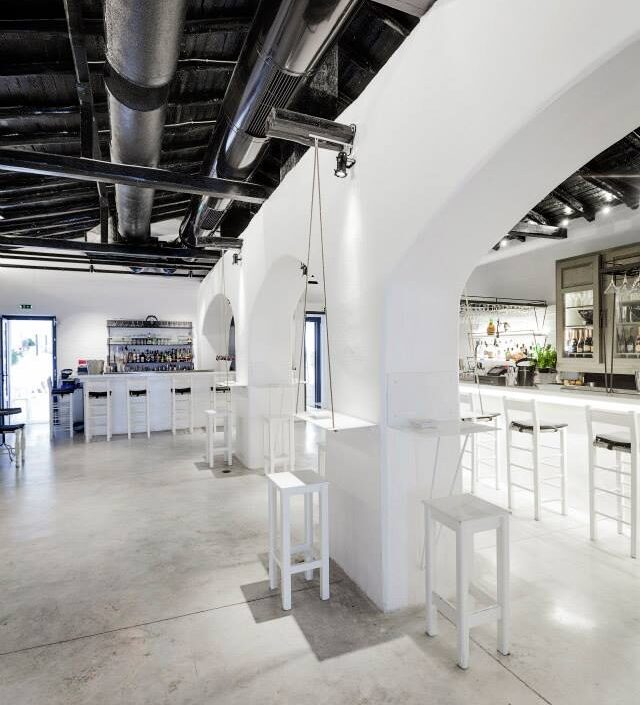 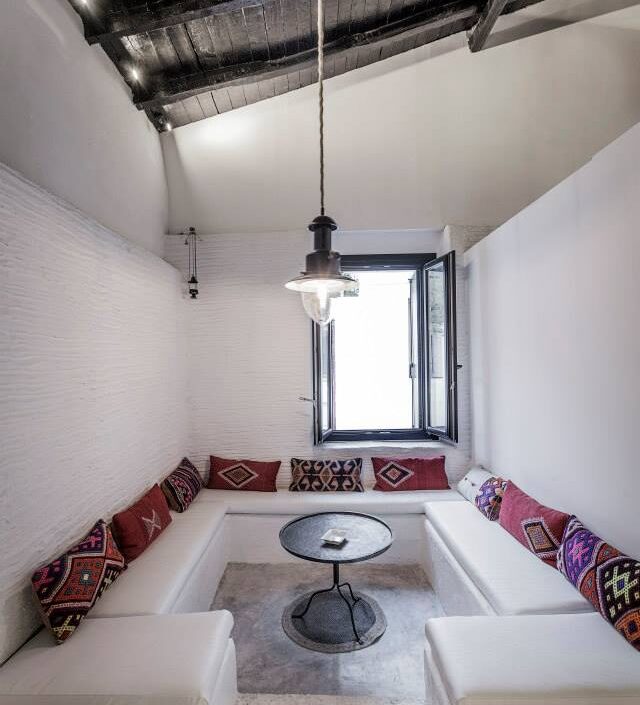 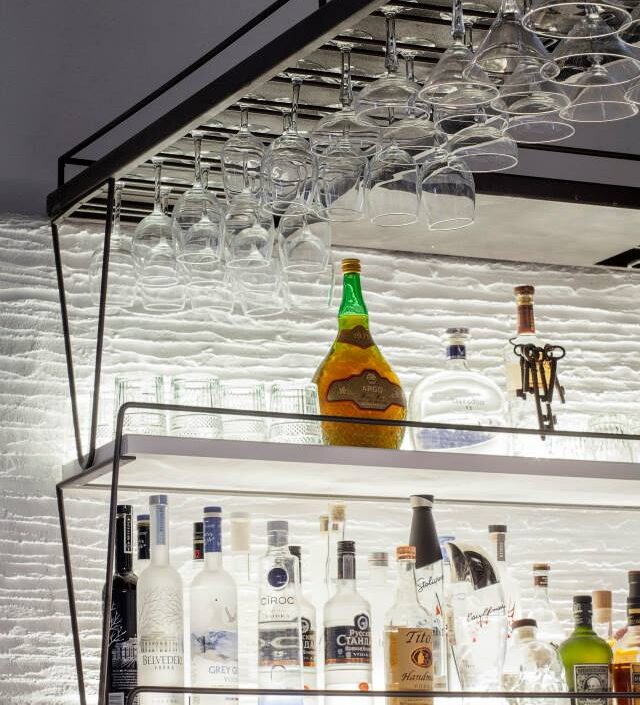 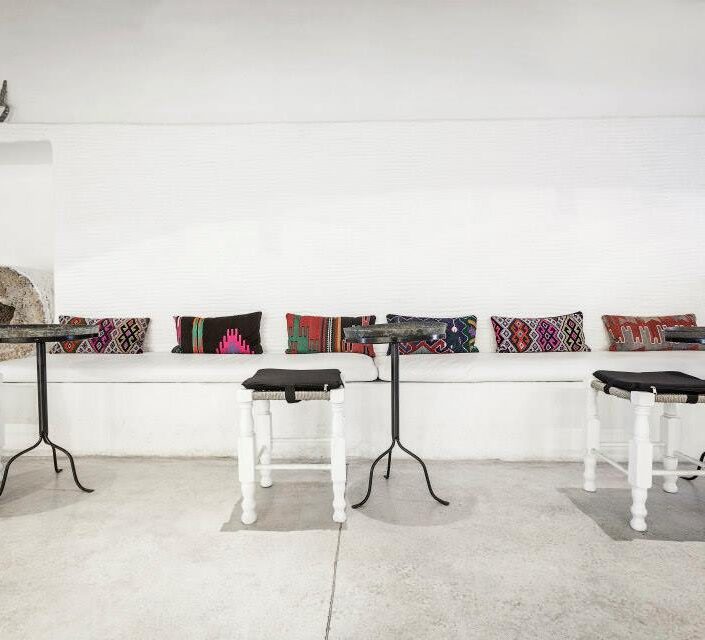 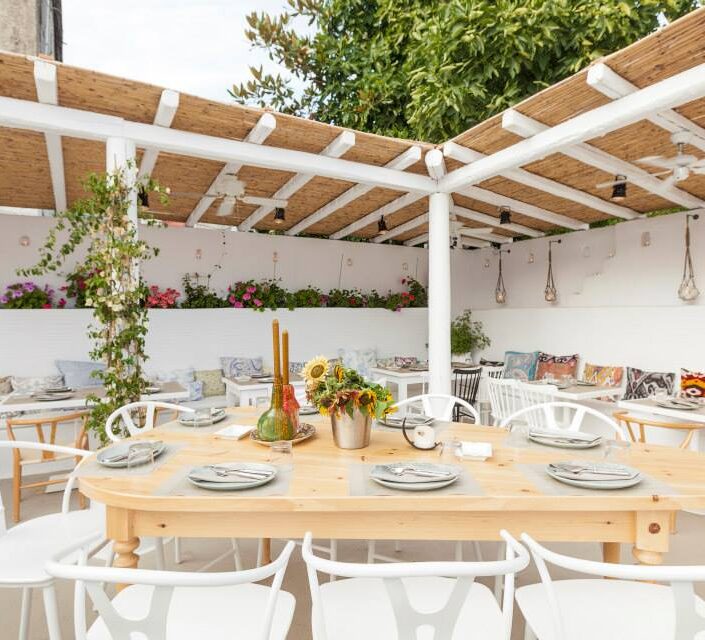 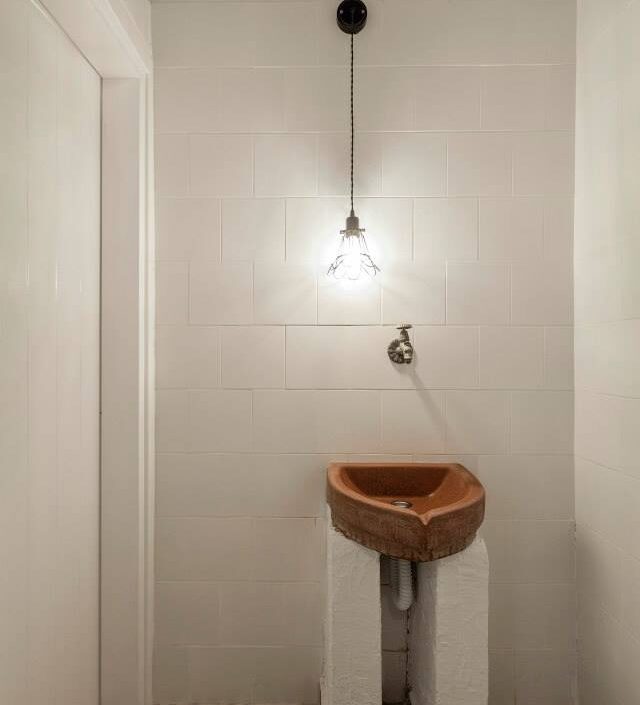 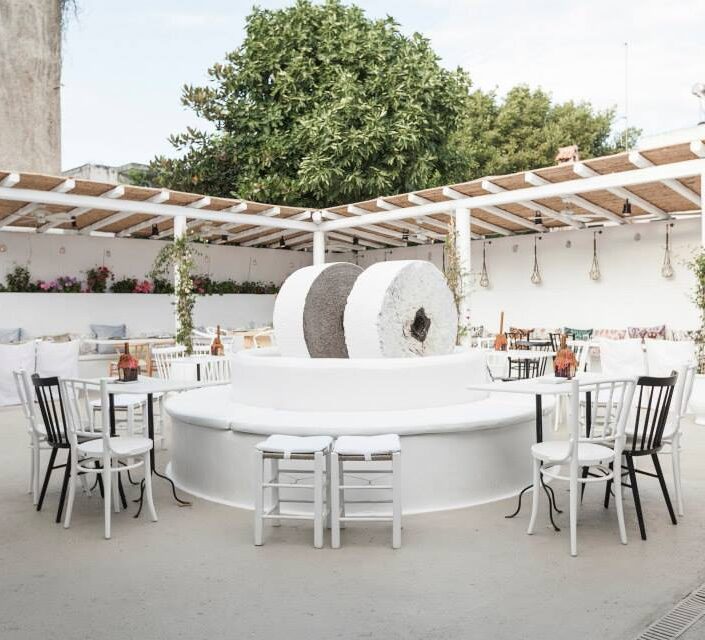 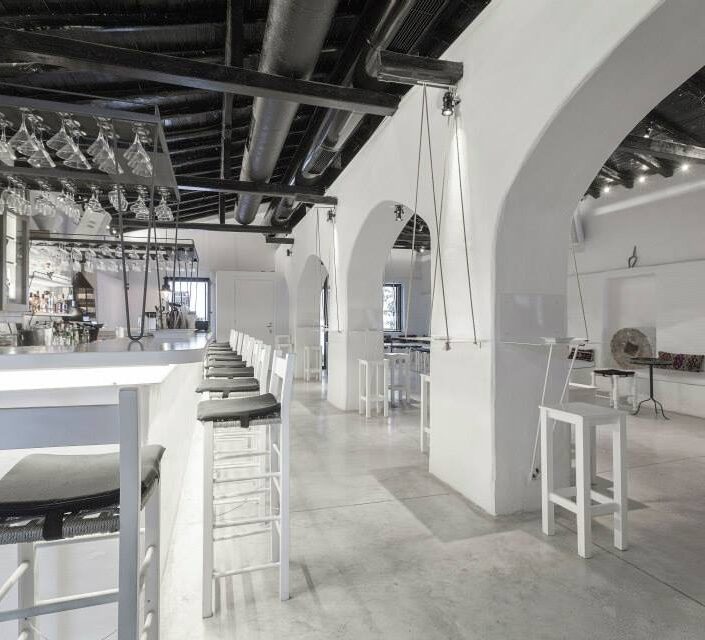 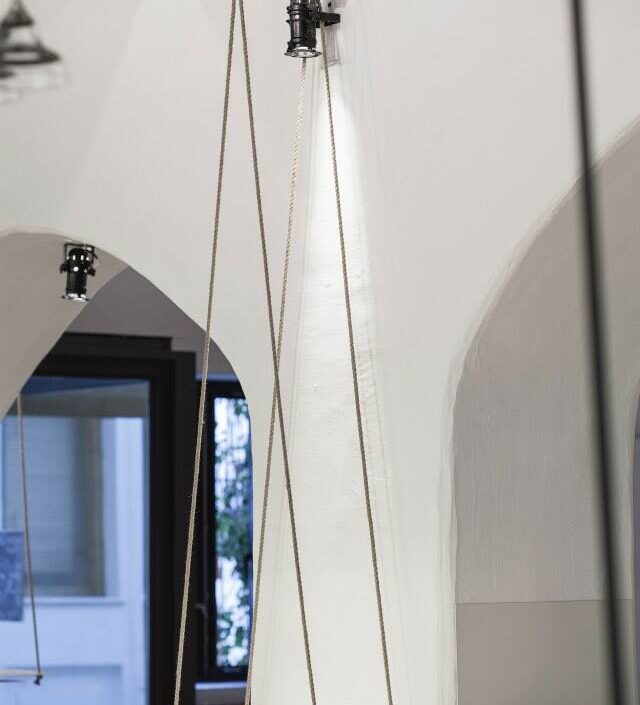