The apartments are located on Long Acre Street, in the heart of Covent Garden, one of the most culturally, socially and economically vivid areas of London. Due to its character, Covent Garden is particularly attractive to professionals who are in London for longer periods and prefer to stay in an apartment instead of a hotel.

The walls separating the two adjoining buildings were removed in order for the floors to be redesigned to create eight luxury apartments that are fully furnished, for short or long term rental. At the buildings’ core, an atrium that introduces natural lighting to the common corridor was designed.

The second floor is similar to the first floor on its front part, while at the back, two apartments were designed, one with an open plan living and dining room, open kitchen and bedroom and the second with two additional bedrooms, in an attic.

The third floor is one apartment, with three bedrooms and an attic. A special element on this level are the skylights that introduce natural light into all spaces while at the same time remove the “boundaries”, creating the feeling of spaces that open up to the sky.

A common gesture in all three levels is the use of as few partitions as possible between the spaces and in fact most of them are light constructions. Priority was given to functionality, while the materials and colors chosen create spaces equally minimal and luxurious. 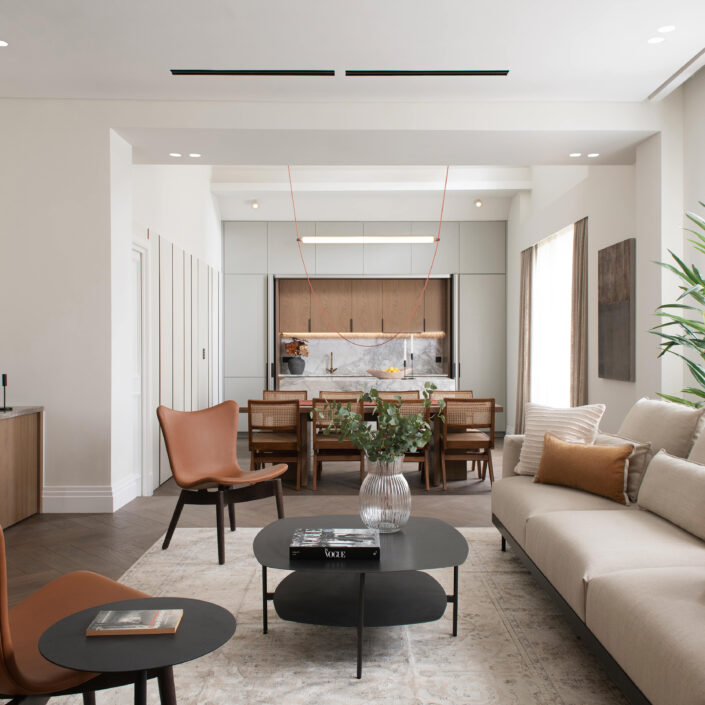 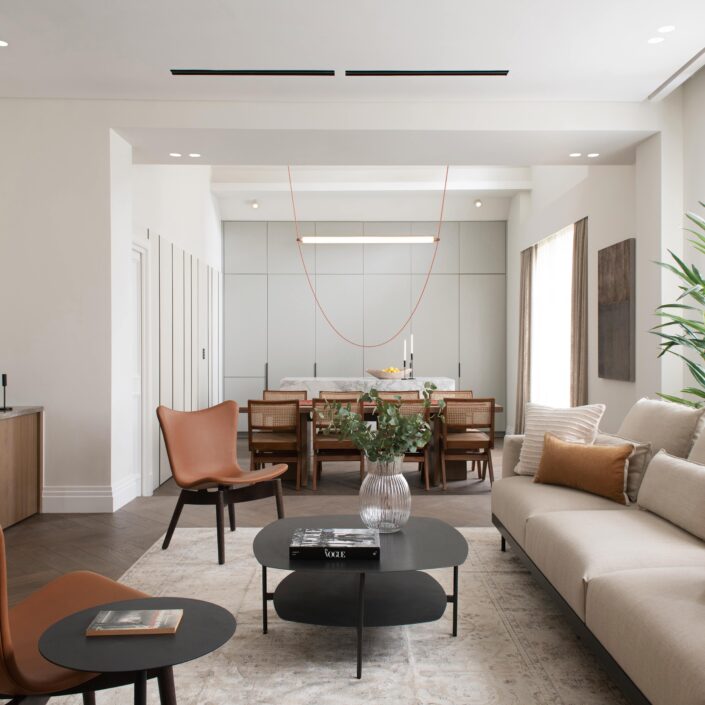 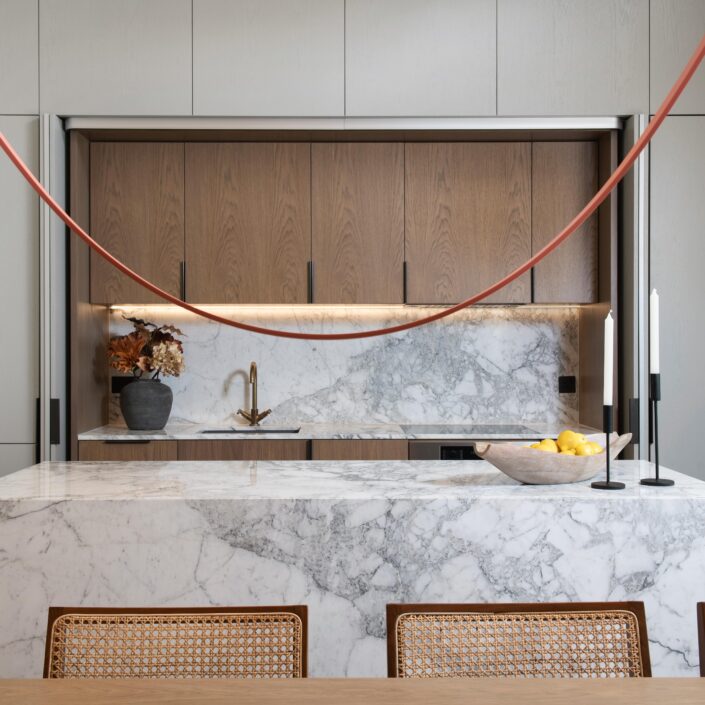 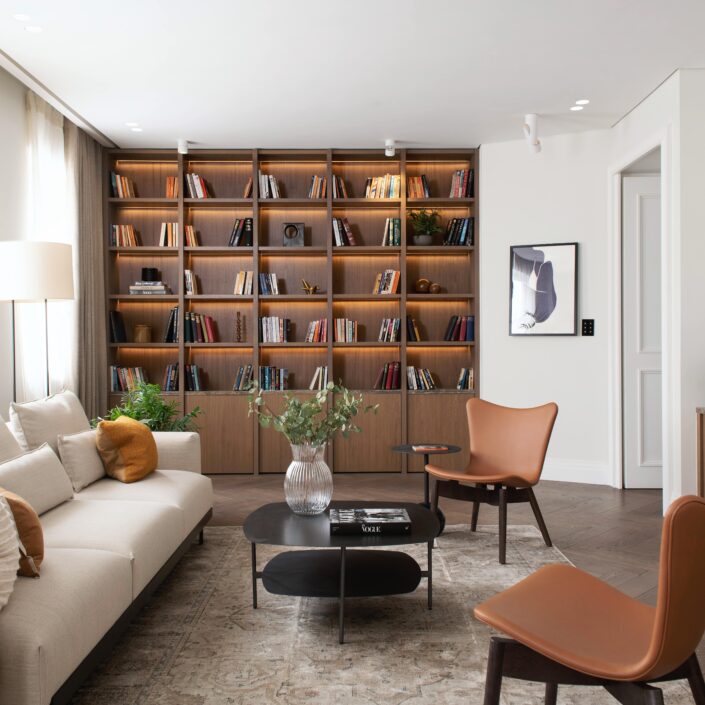 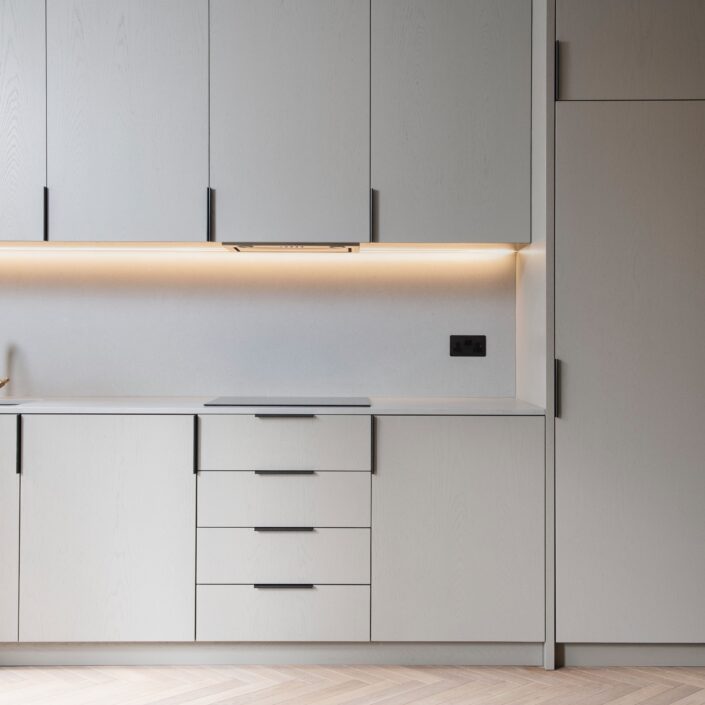 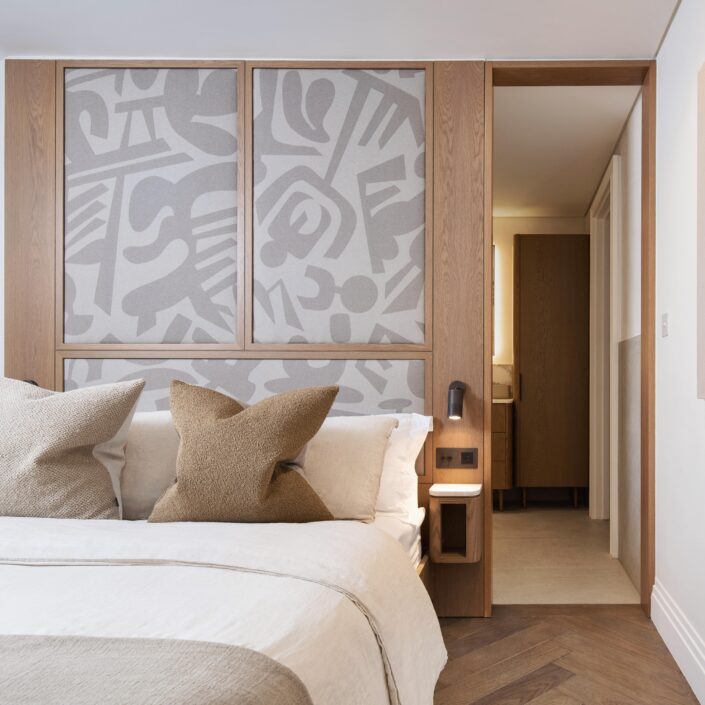 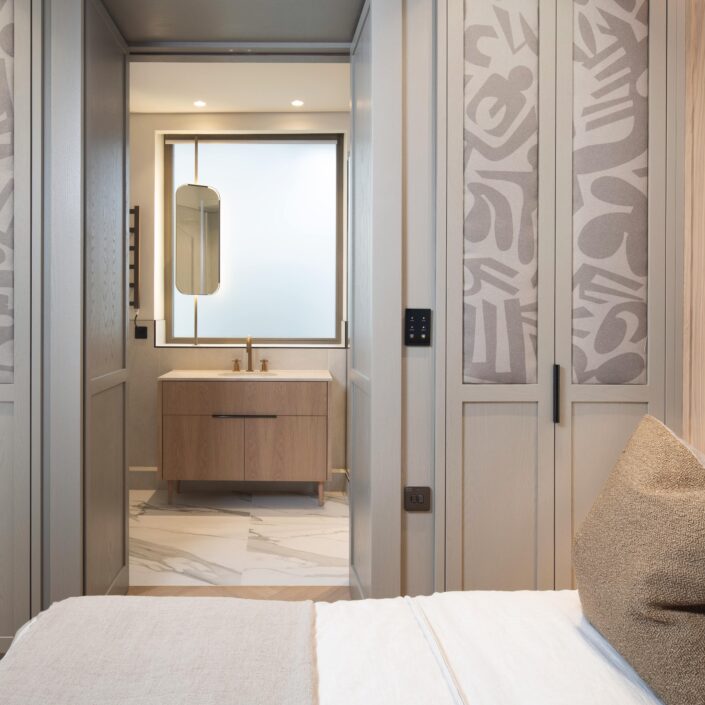 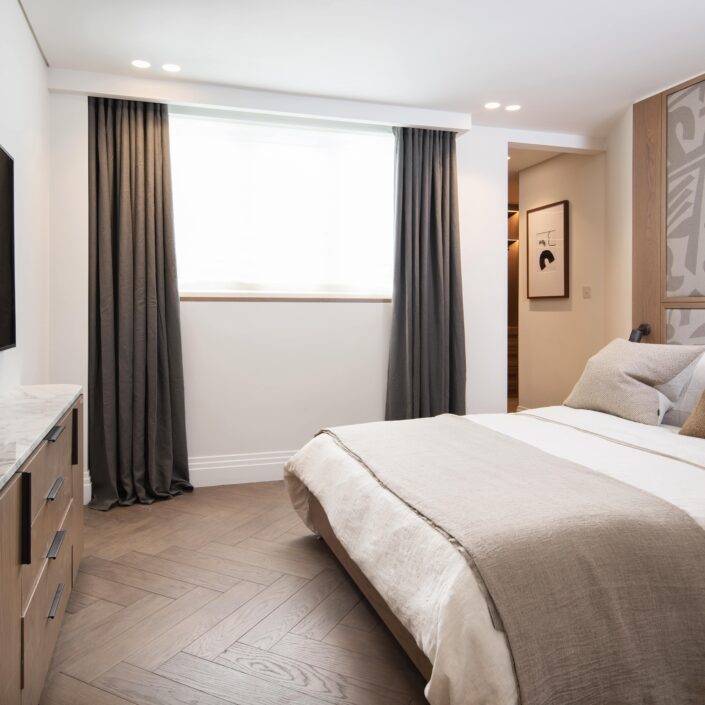 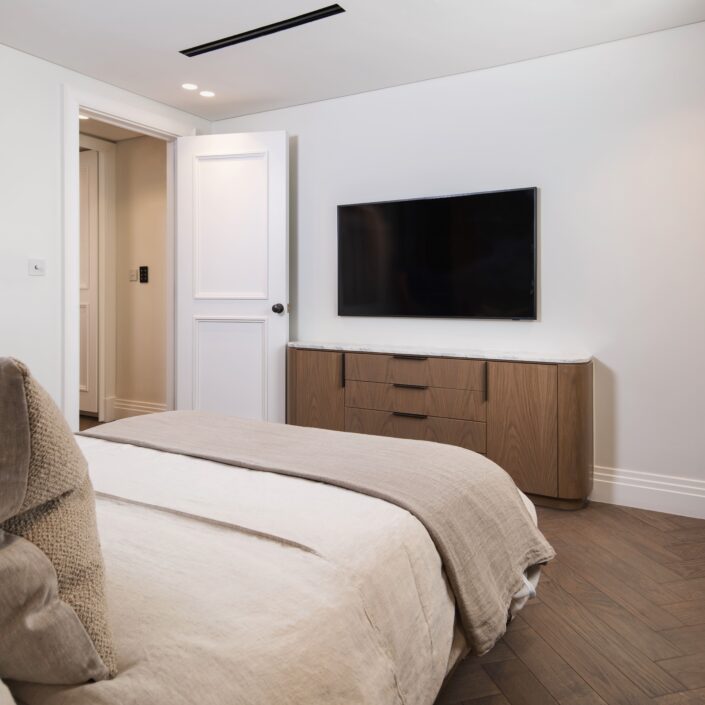 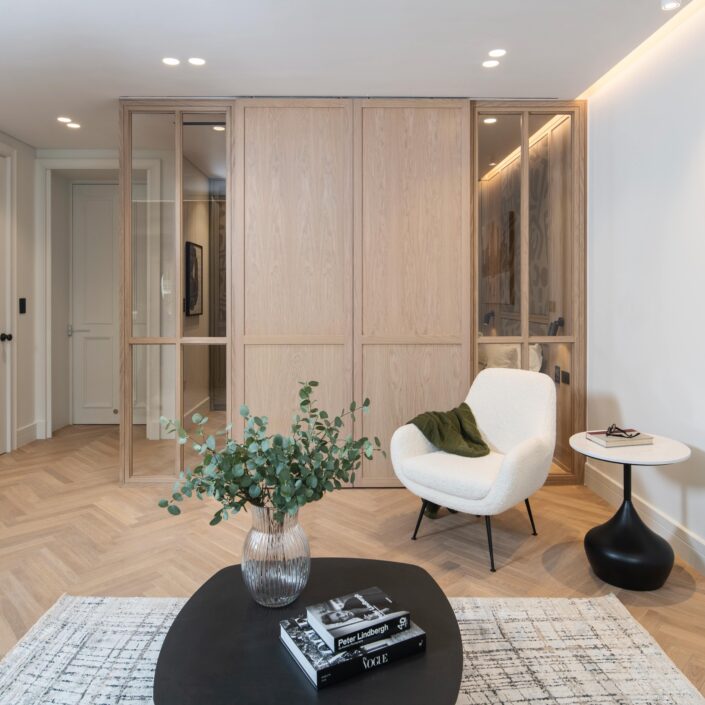 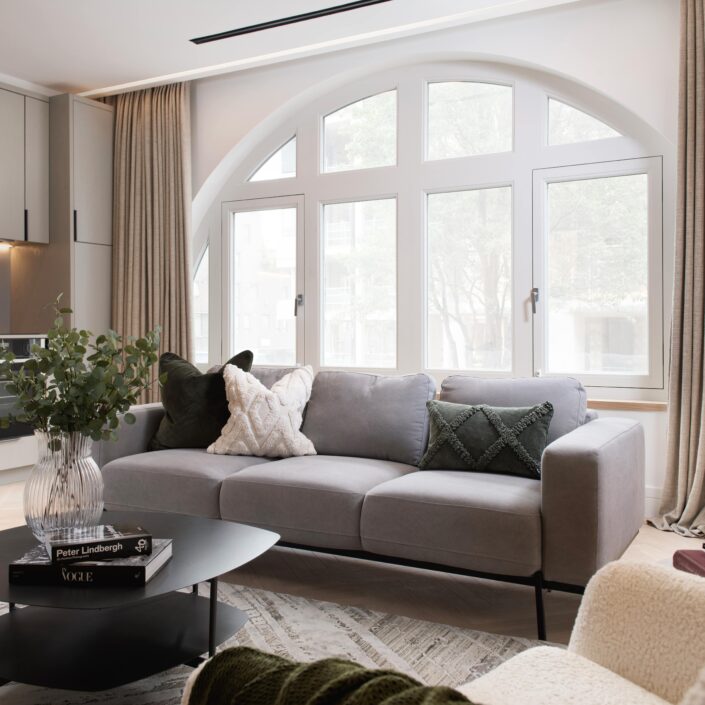 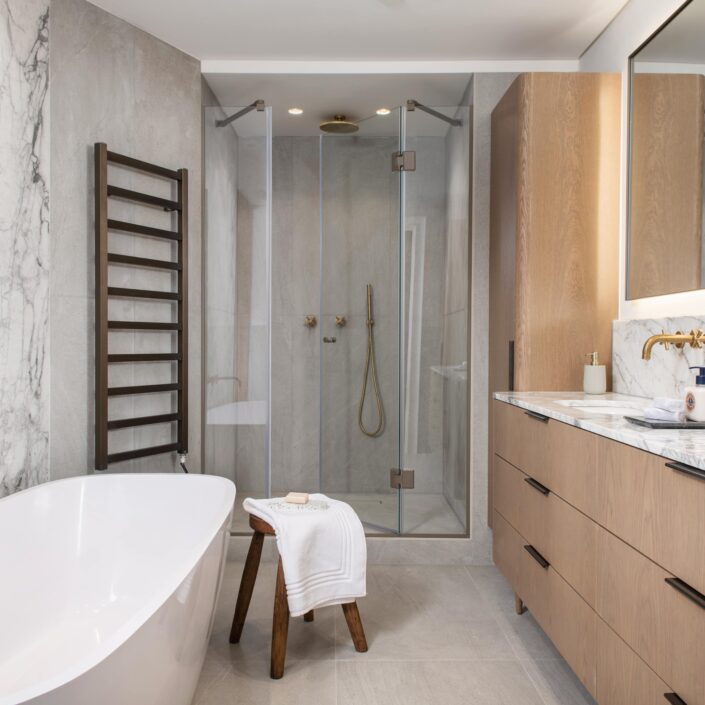 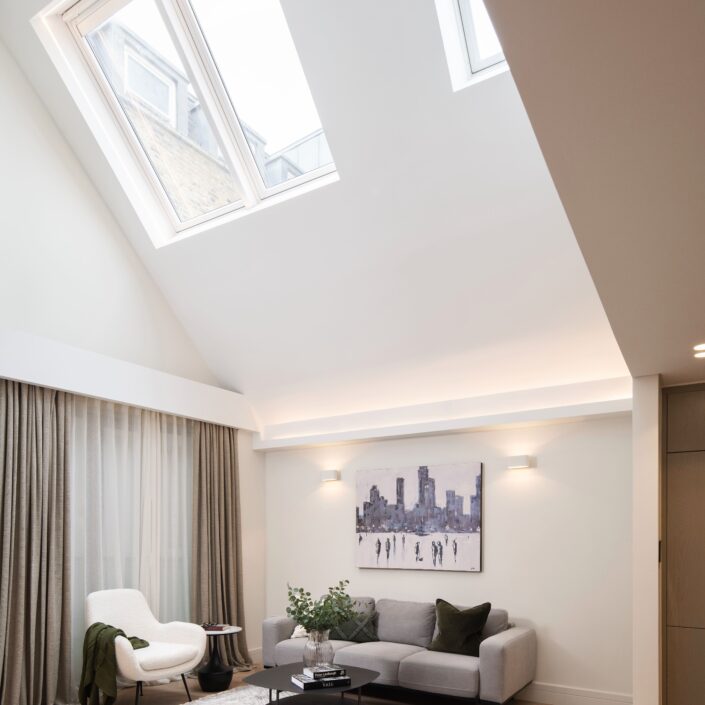 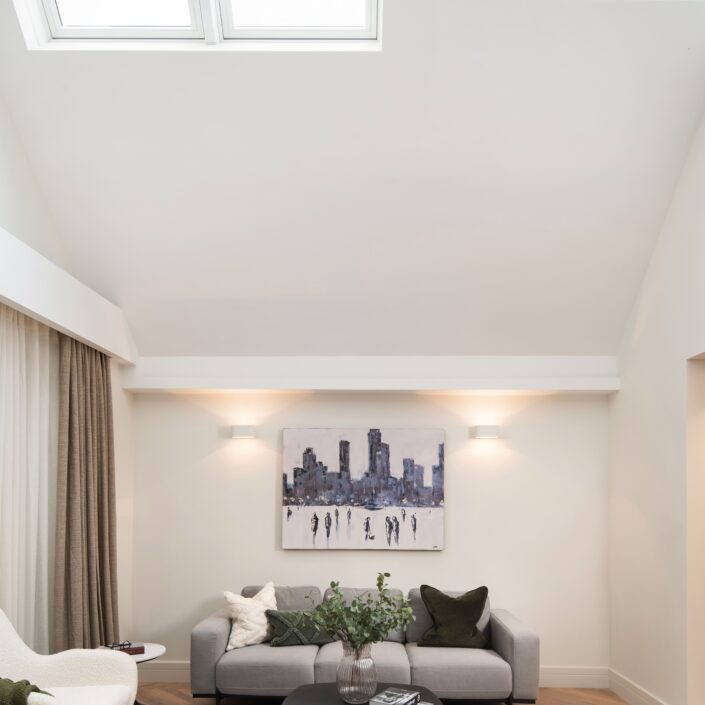 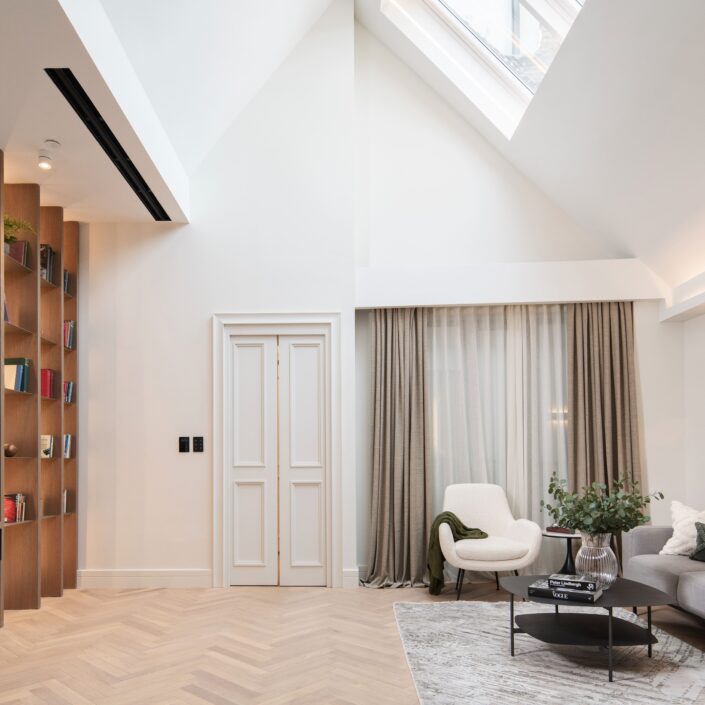 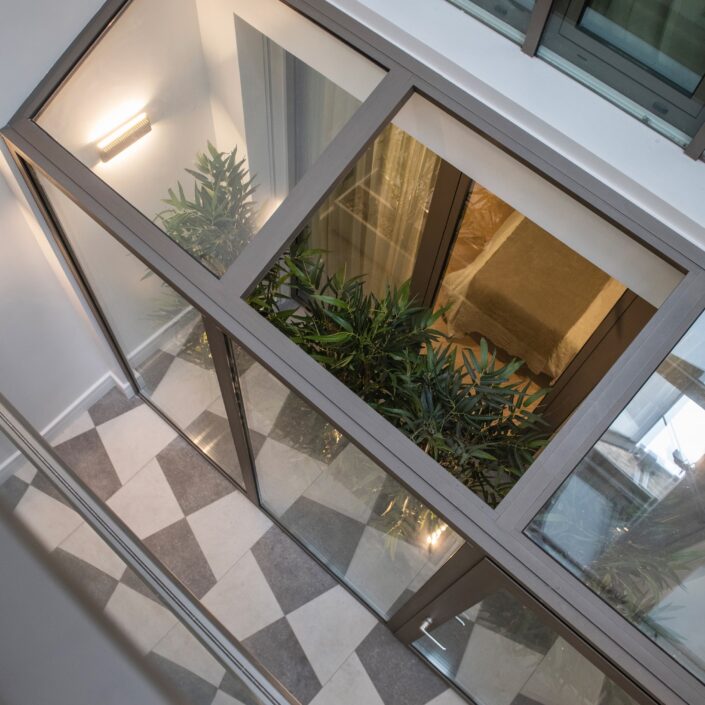 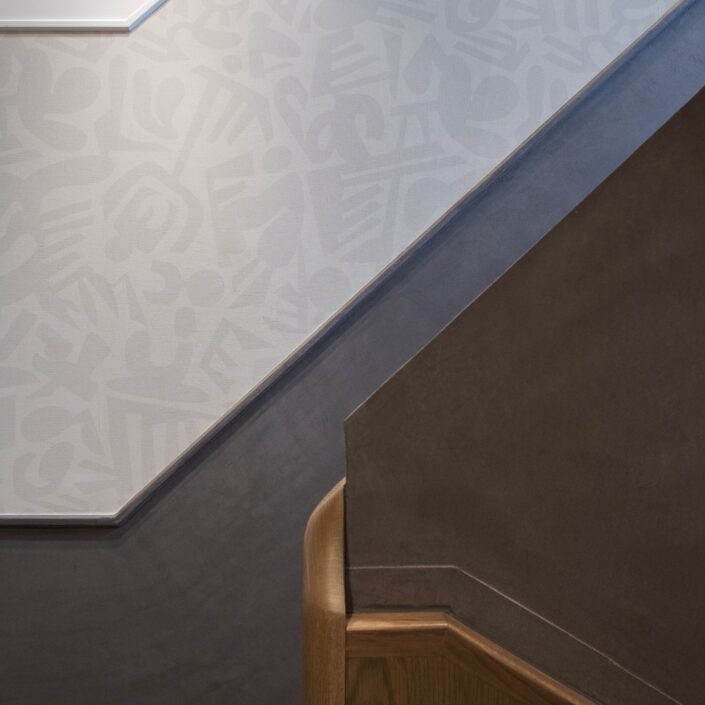