Ergon Agora is located on Pavlou Mela Street, in the center of Thessaloniki and was the largest Ergon store to date, the transition from the small grocery store to the large-scale market. The main design intention was to highlight the character of a covered large urban market, combined with the sense of comfort and intimacy of an old grocery store. The uses included in the space (restaurant, kitchen, grocery, fish shop, butcher, greengrocer, wine cellar, deli, cafe) are distinct from each other, but form a single whole where smells, images and products dominate and blend. The assets of the space, remnants of its previous use as a cinema, such as the large height of the space, the two entrances, the two internal balconies, the large floor plan, were integrated in the design and emerged as elements of the spatial identity of the new store. The materials used enhance the sense of the open market and highlight the sincerity of the construction. Concrete, glass, raw metal and aged wood are key elements of the identity of Ergon stores, so even in this case their presence in the space is dynamic. The cobblestones used in the floors refer to pedestrian alleys and the industrial floor unifies all the different elements and uses of the space. The skylights unveiled on the ceiling offer general natural light and highlight the characteristically high height of the space. Central element of the composition is the central bar which acts as a core around which all uses are placed. The circular path that is created around it was a key factor in the design, in order to enhance the feeling of a single large space without beginning or end. 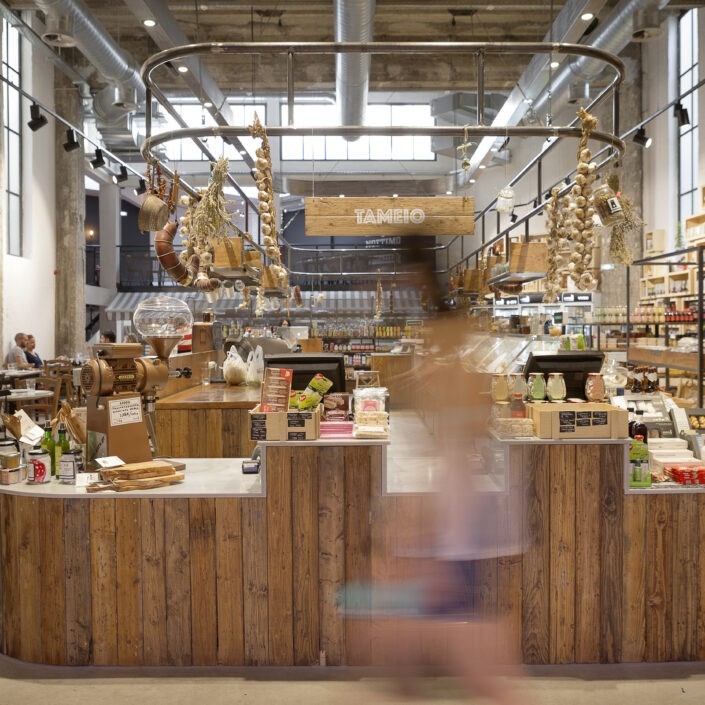 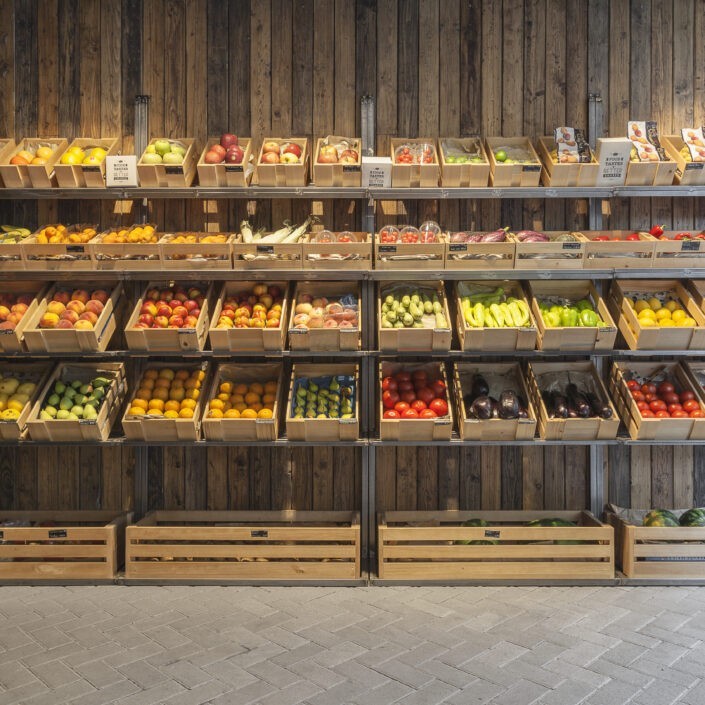 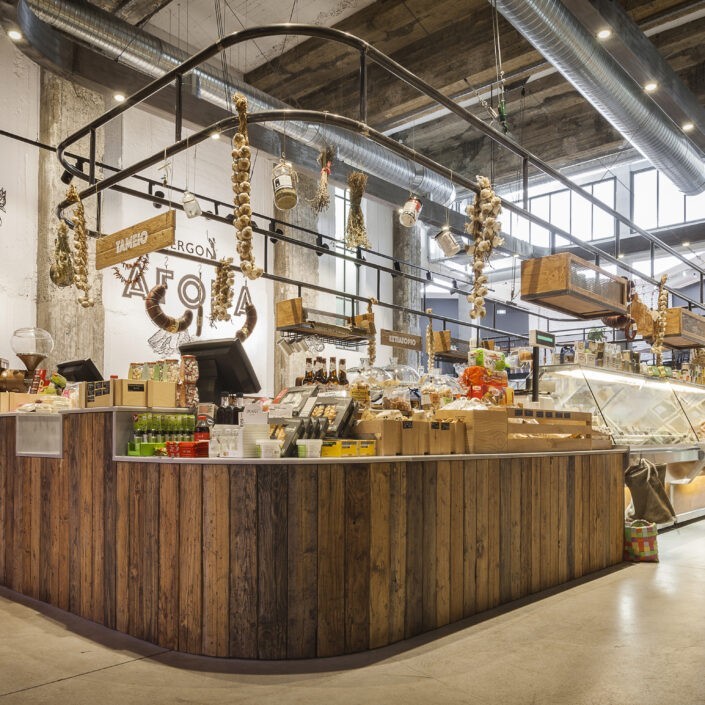 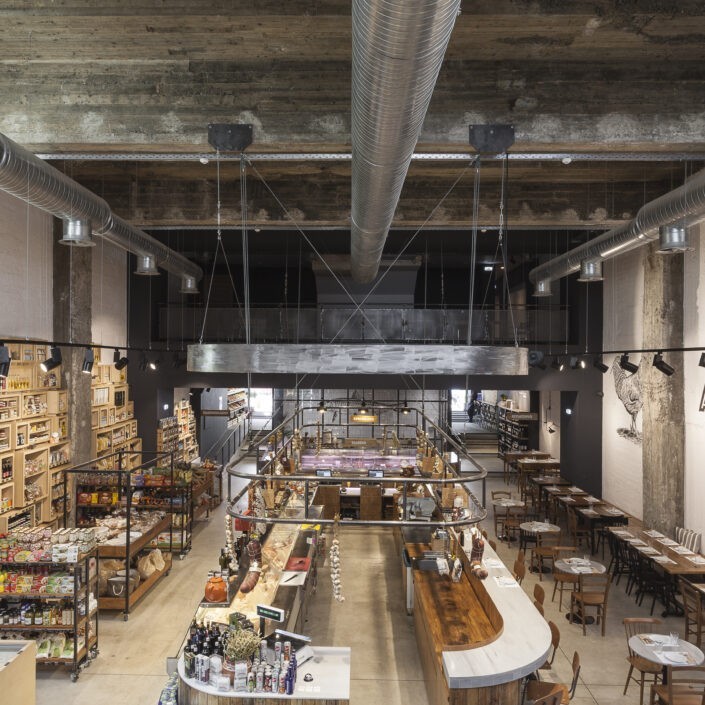 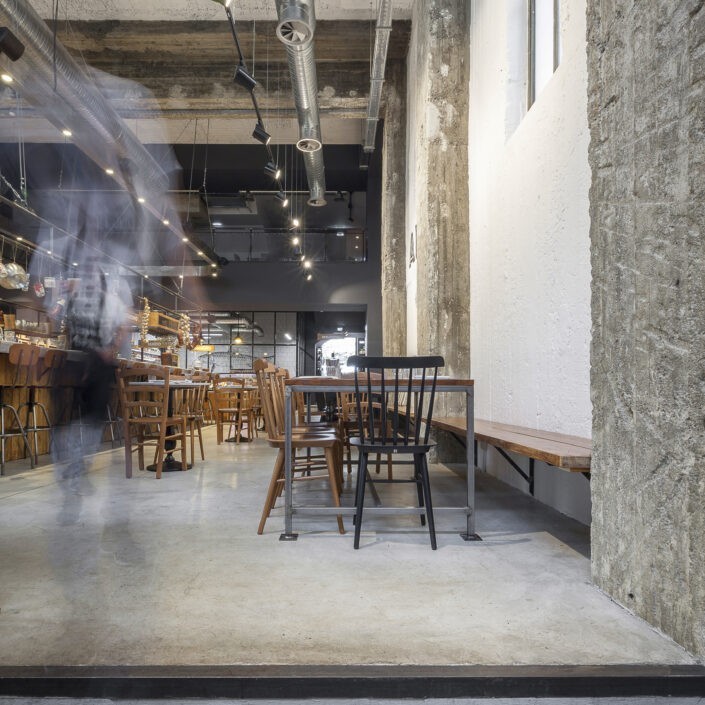 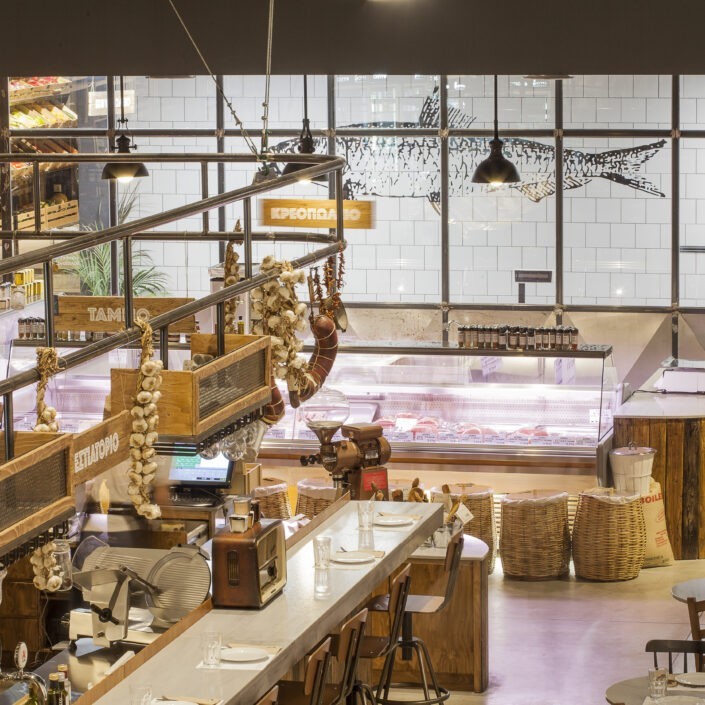 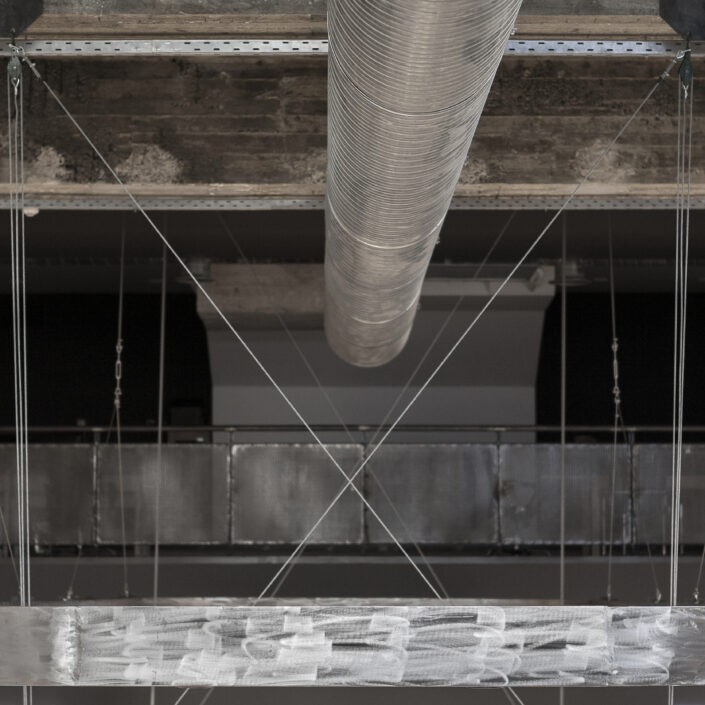 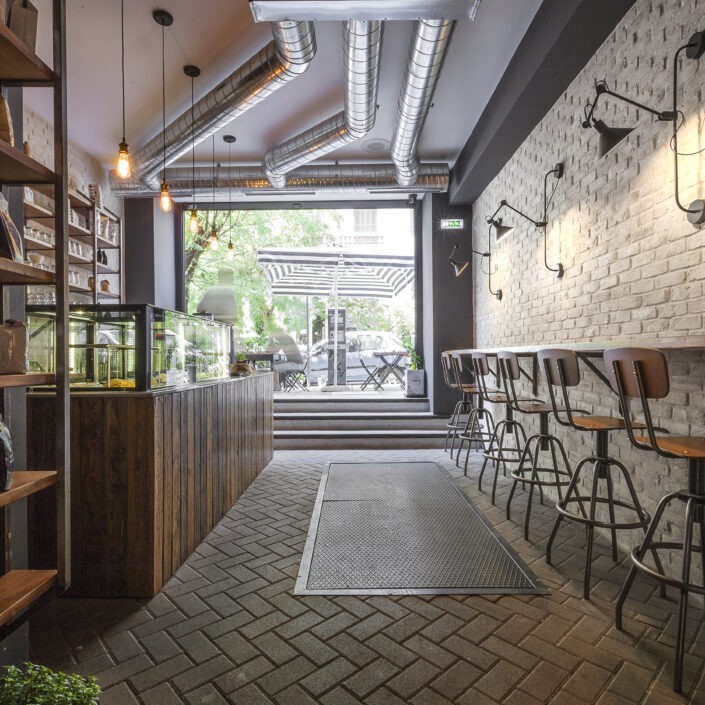 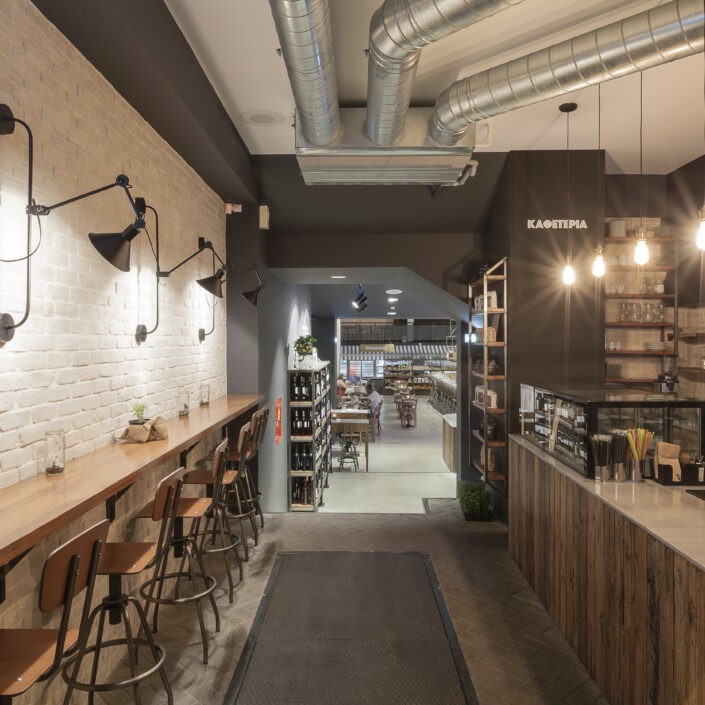 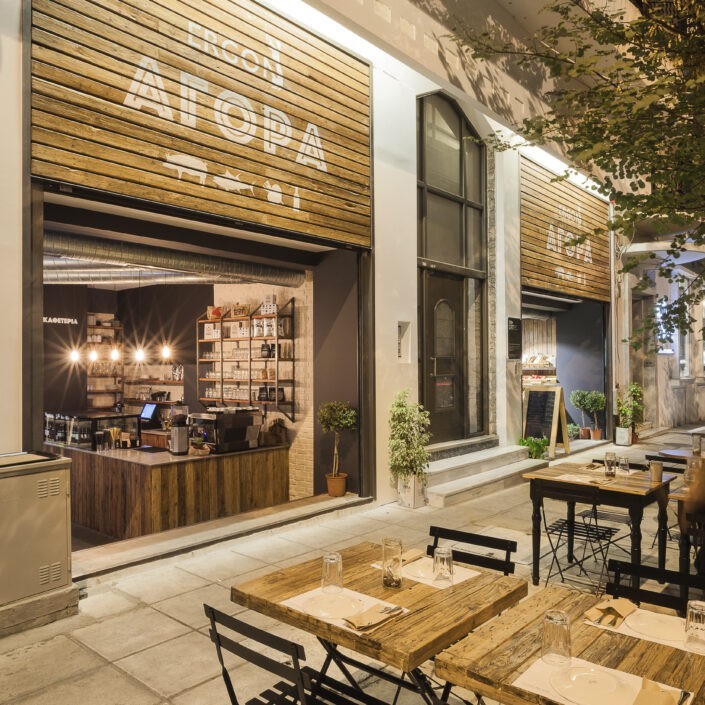