The bar is located in the premises of Regency Casino in Thessaloniki and the starting point in its design were references from the American jazz era, during the 1920s and 1930s. The idea was to design a space atmospheric and luxurious, modern and classic at the same time.

The floor plan is elongated and divided into three parallel sitting areas, divided by corridors, connecting the entrance to the bar. The bar is placed opposite the entrance, at the mirrors placed on its back visually double the space.

A significant design element is the double arched construction that forms the roof. Made of black perforated surface, the structure redefines the height of the space but also in combination with the lighting determines its atmosphere.

Overall, the space is characterised by continuous alternations between hard and soft materials, sharp and curved forms. Pink and black/white mosaic tiles have been used on the floor, black and coral velvet fabrics in the seating areas, black marble on the bar and tables, Viennese mats in details of the bar and seats, while metal elements in black and gold are used in details. The central luminaire, a composition of black metallic bars, opposes the curves of the ceiling.

The walls are covered with embossed wood paneling from elements of triangular cross-sections in addition to embossed metallic pink wallpaper. Finally, natural plants have been used both placed on the floor, and hanging from the ceiling.

The artworks are by the illustrator Bob Venables, designed exclusively for the space and derive their themes from the Prohibition Era. 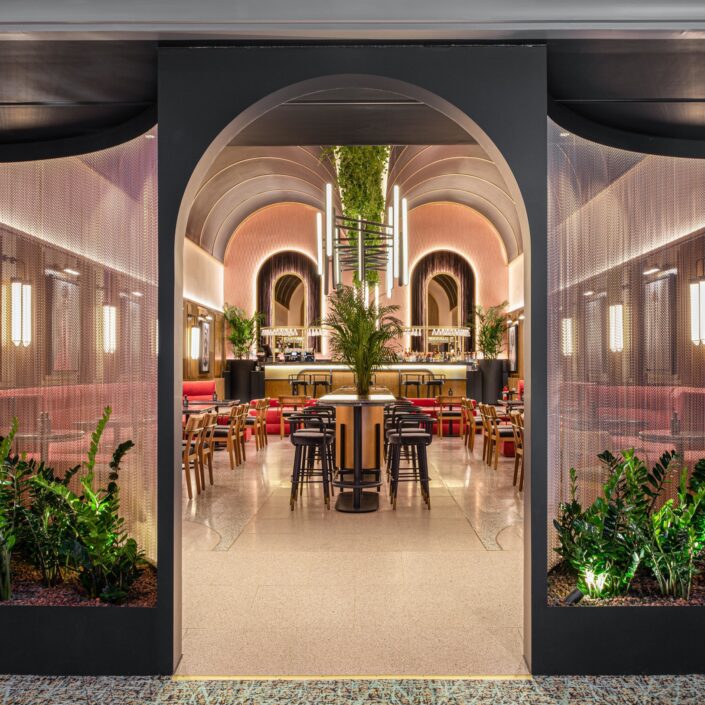 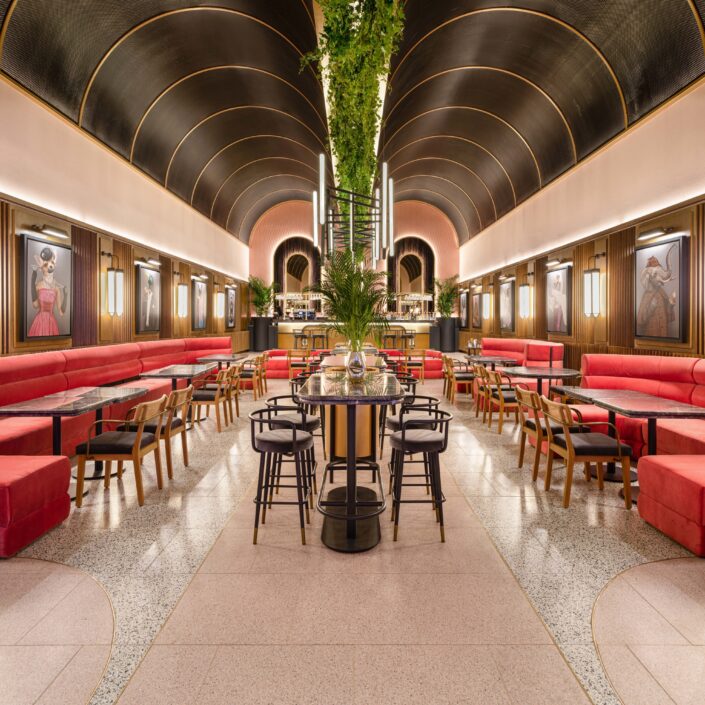 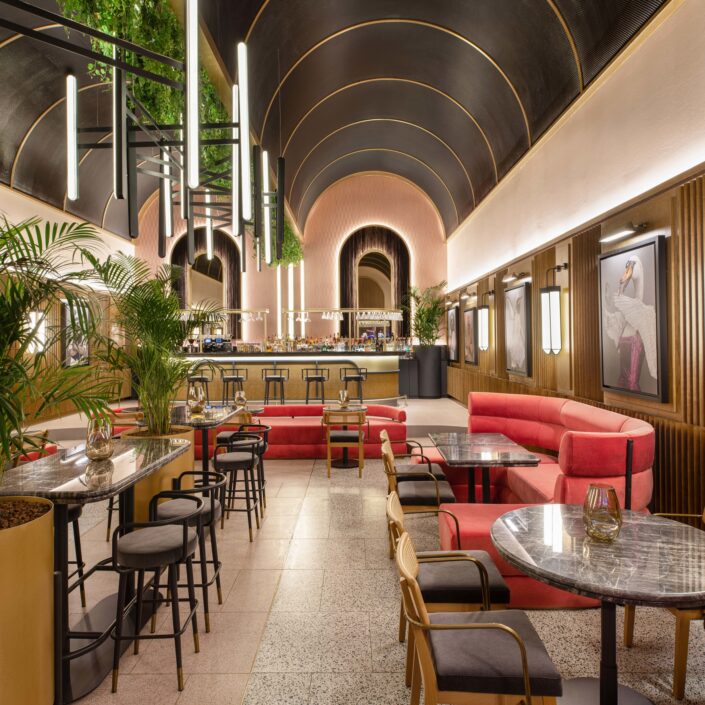 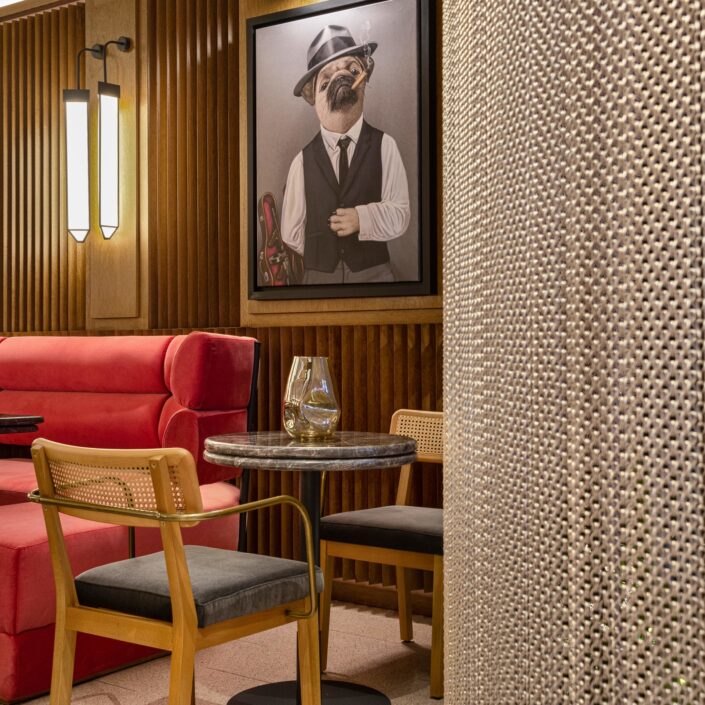 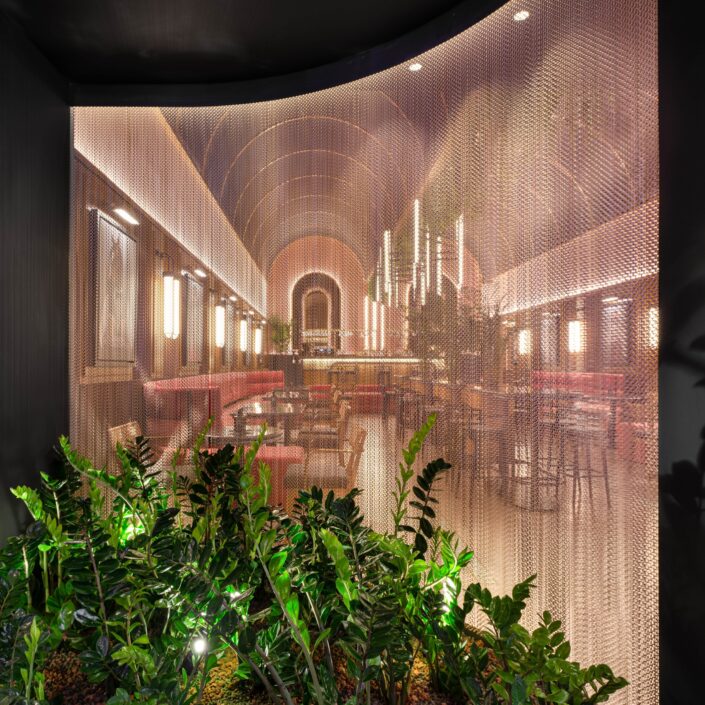 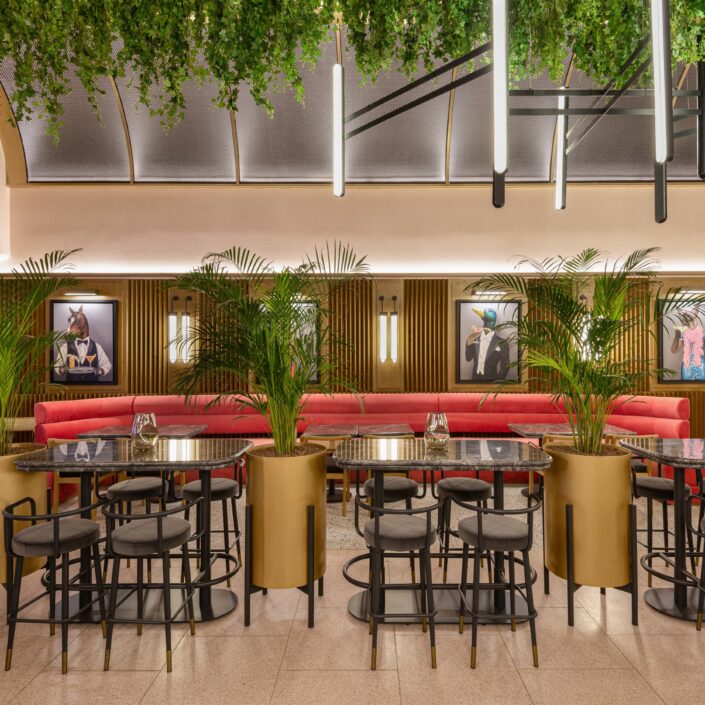 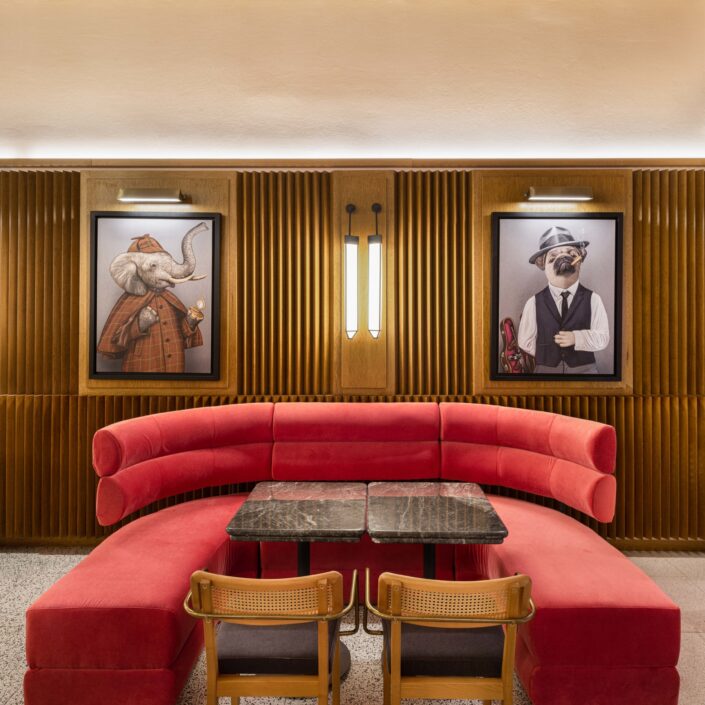 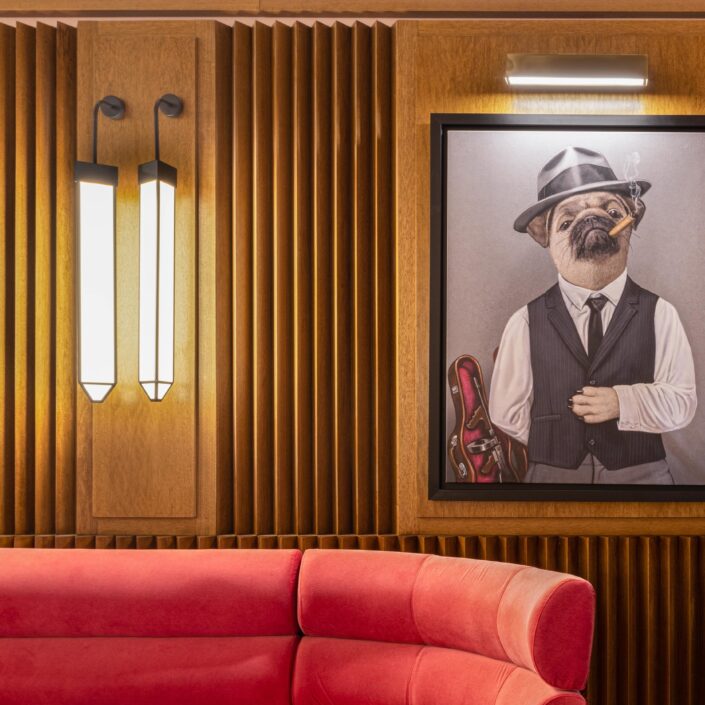 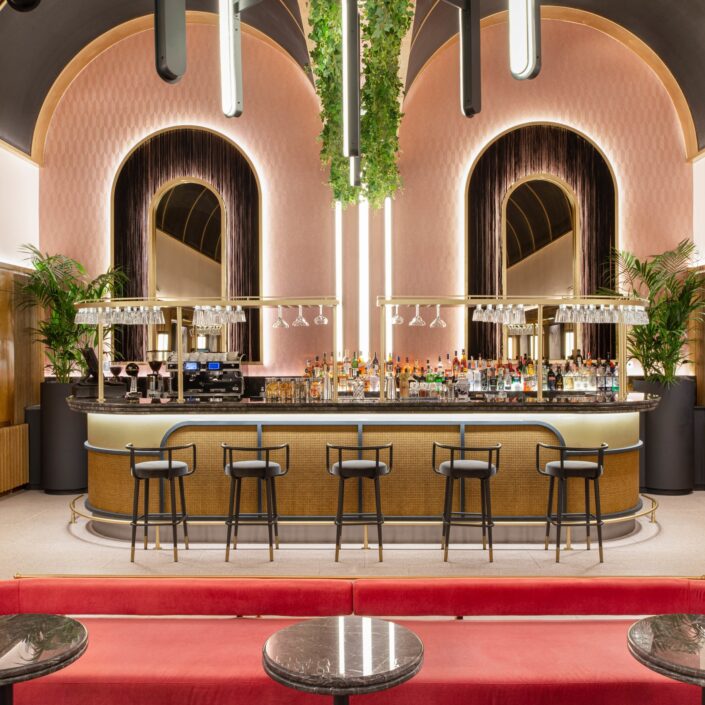 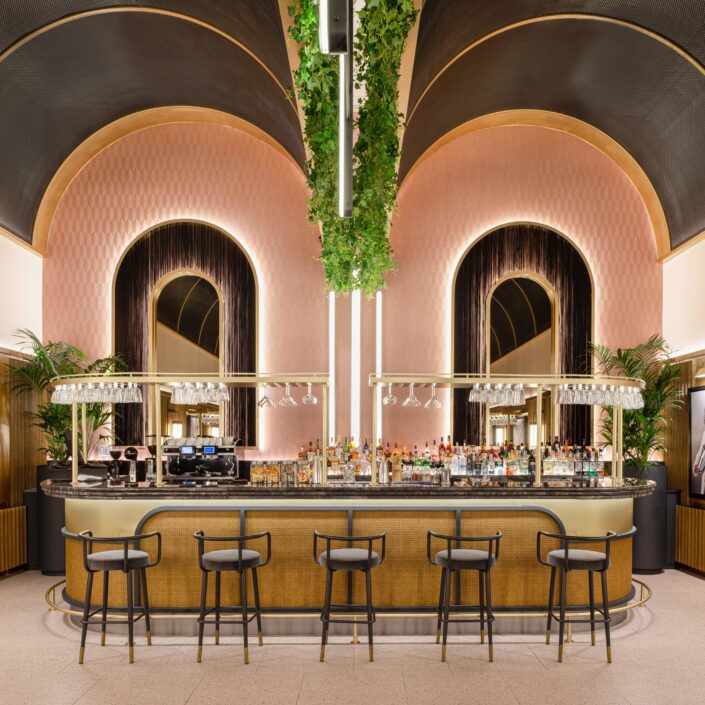 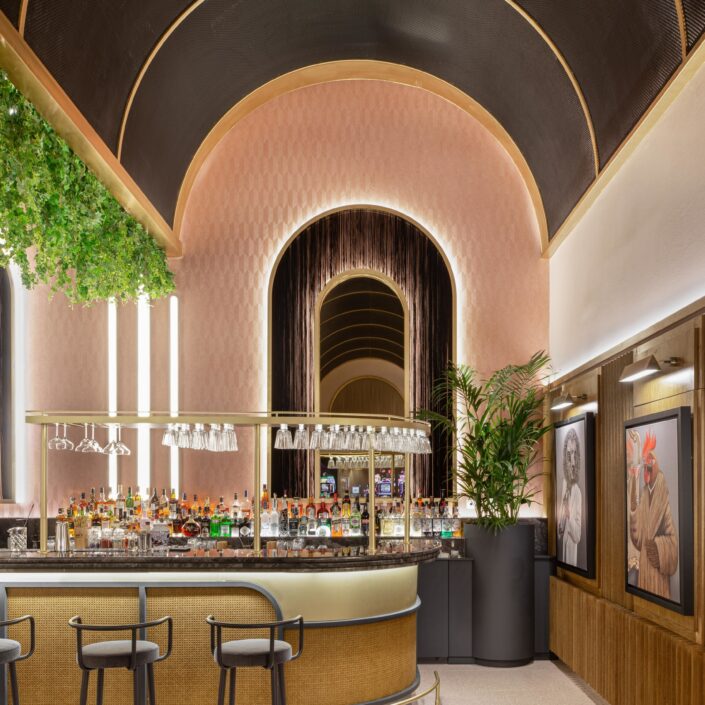 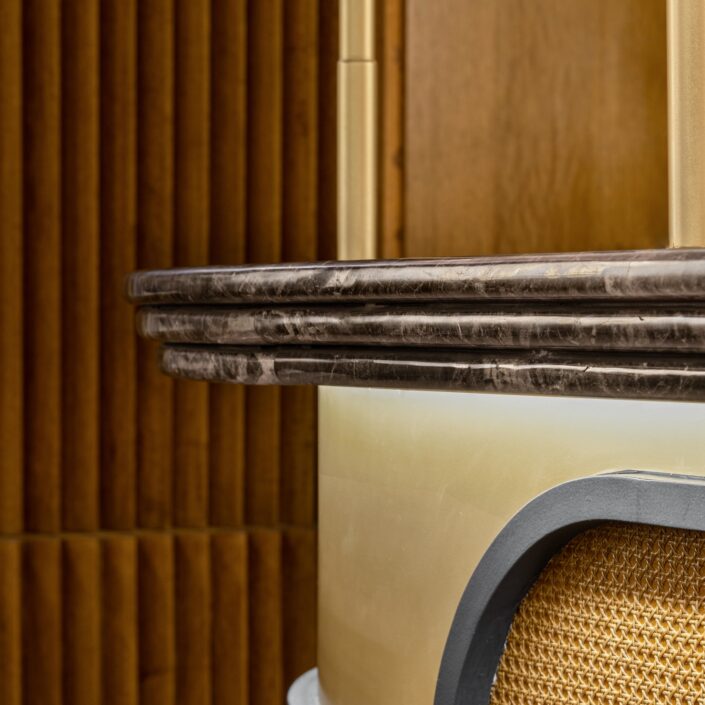 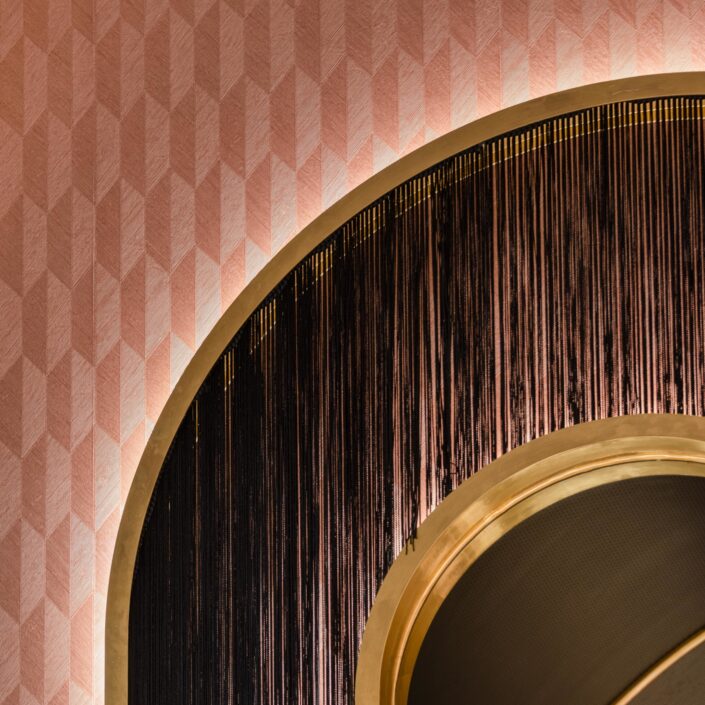 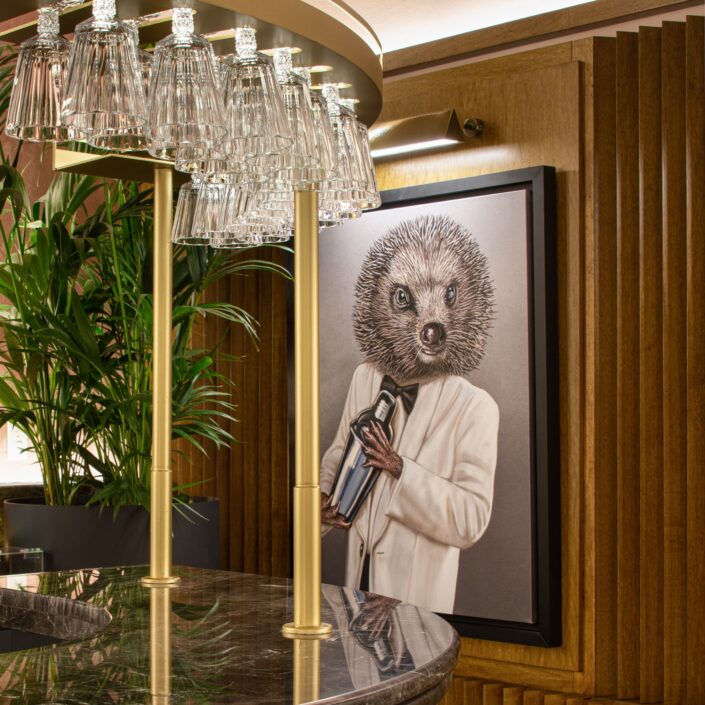 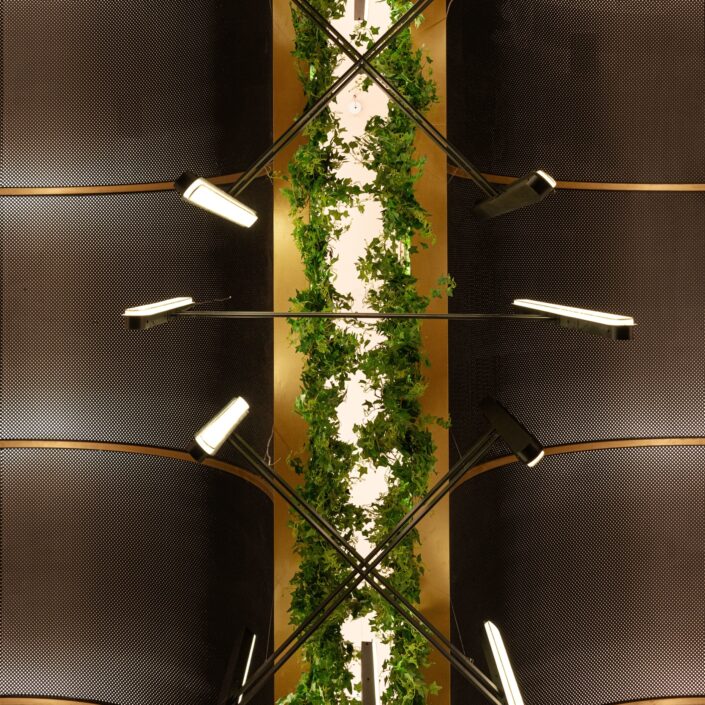 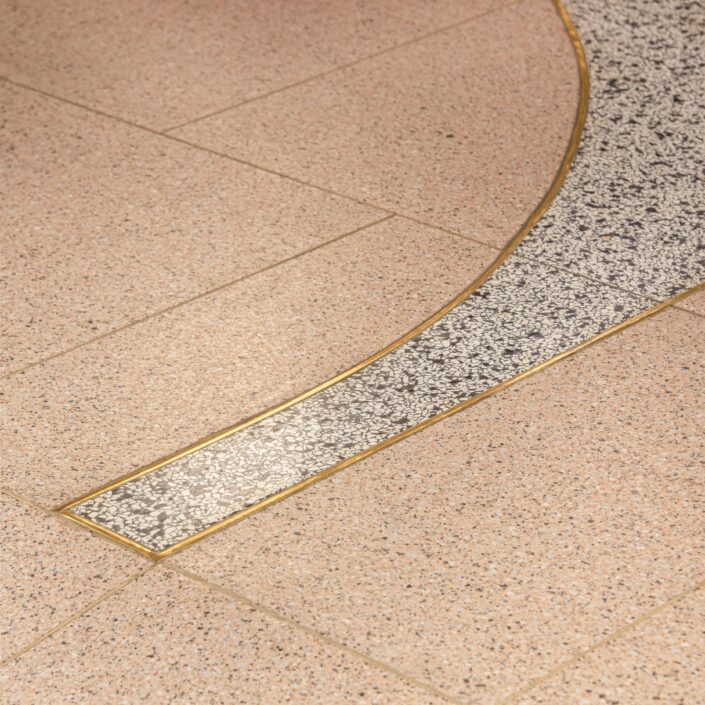