Inside one of the oldest arcades of downtown Athens, in Stoa Spiromiliou, the restaurant Ilios was designed with references to the Athenian diner of the 50s and 60s decades.The long space runs parallel with the arcade, with large openings towards it and towards the external seating area, which is defined by a metal pergola above and clay pots with plants around the perimeter. This creates a garden setting on the semi-private terrace, separating customers from the arcade’s pedestrian traffic. The interior comprises of three areas separated in two spaces; the kitchen with the bar in one and the dining hall in another. Wood panelling unifies these zones by running around all the wall surfaces. In the bar/kitchen area the floor was replaced with terrazzo tiles, while the existing timber floor of the dining hall was retained. The booths are placed around the perimeter so that a large communal table can sit in the middle of the hall. The tilted mirrors, the lights, the booths, the historic pictures on the wall and the marble tables, they all contribute to recreating the atmosphere from old Athenian diners. The ceiling, which unifies the two spaces, is set on an irregular grid that is made of timber panels and vienna straw. The use of marble, wood and straw is not limited to the decorative details but is also applied to the furniture, and the choice of such materials, colours and textiles give off a homely warmth. 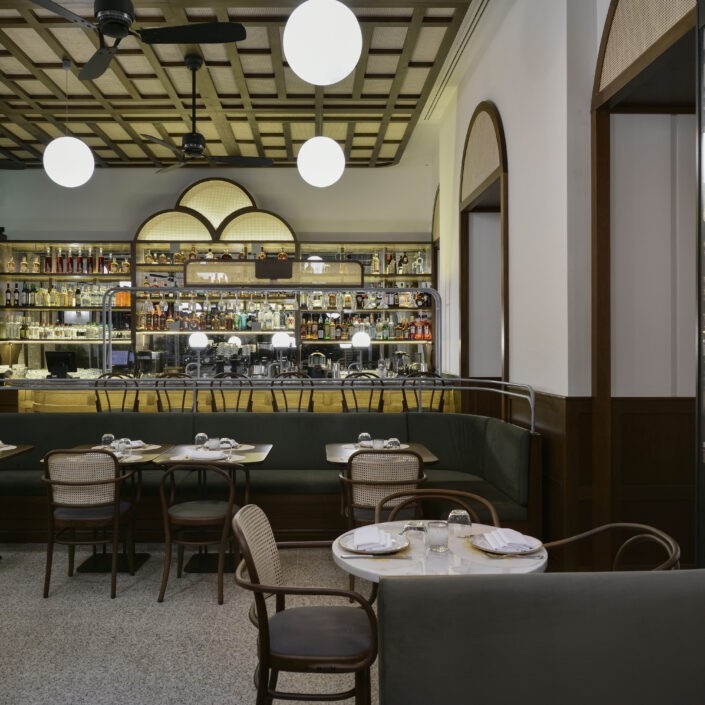 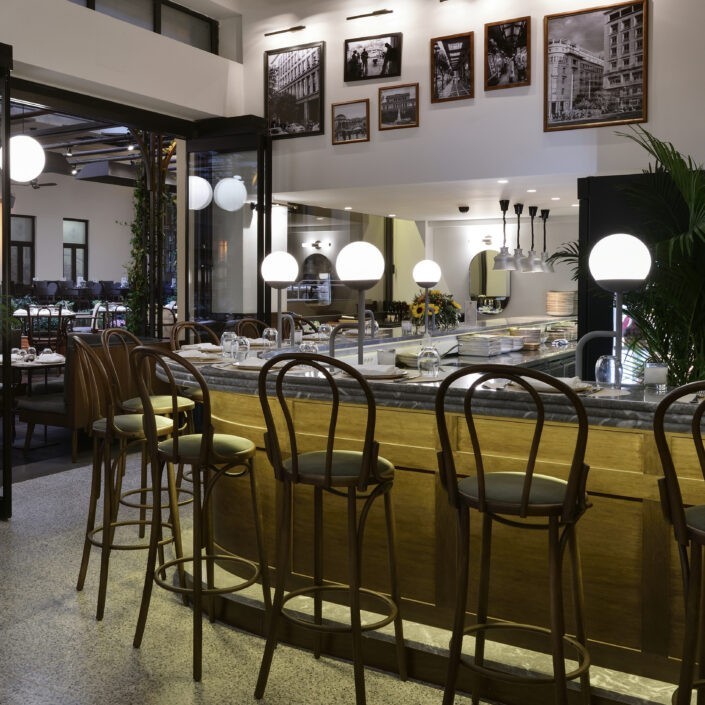 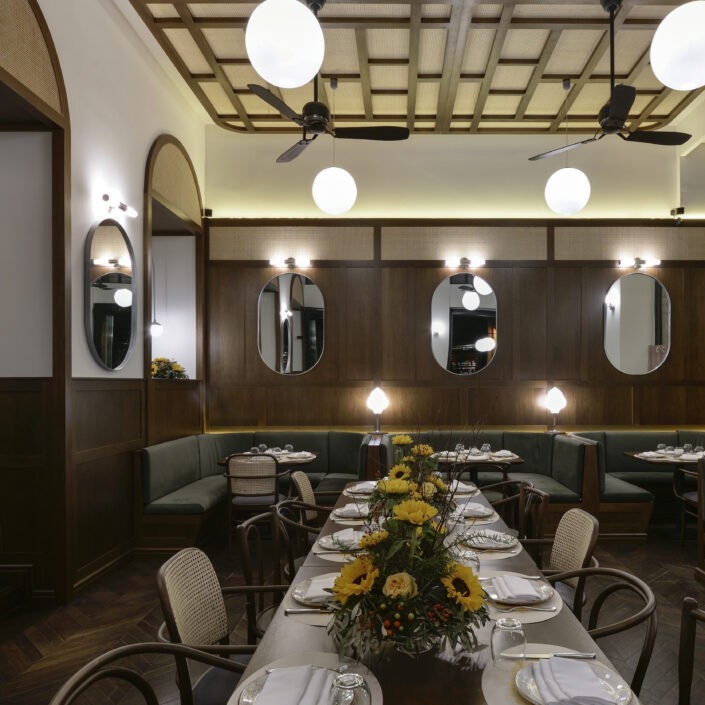 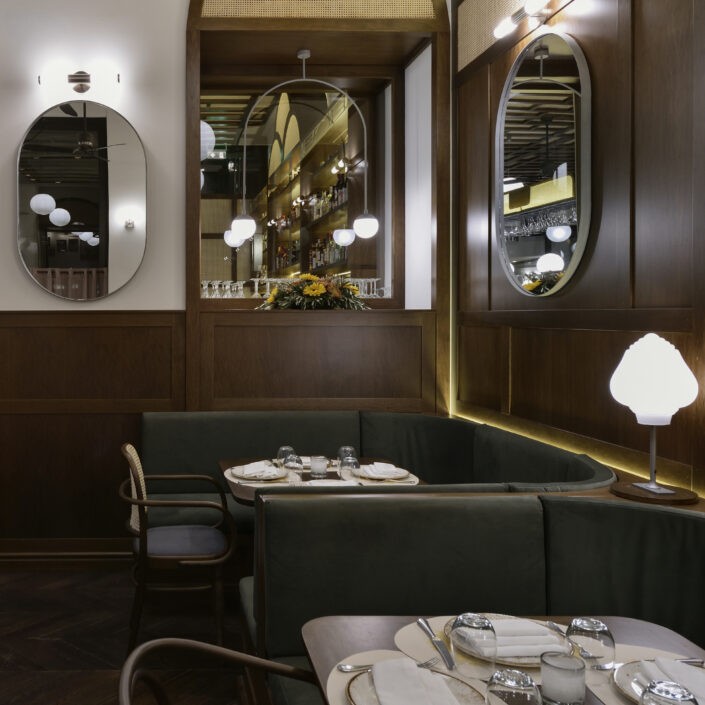 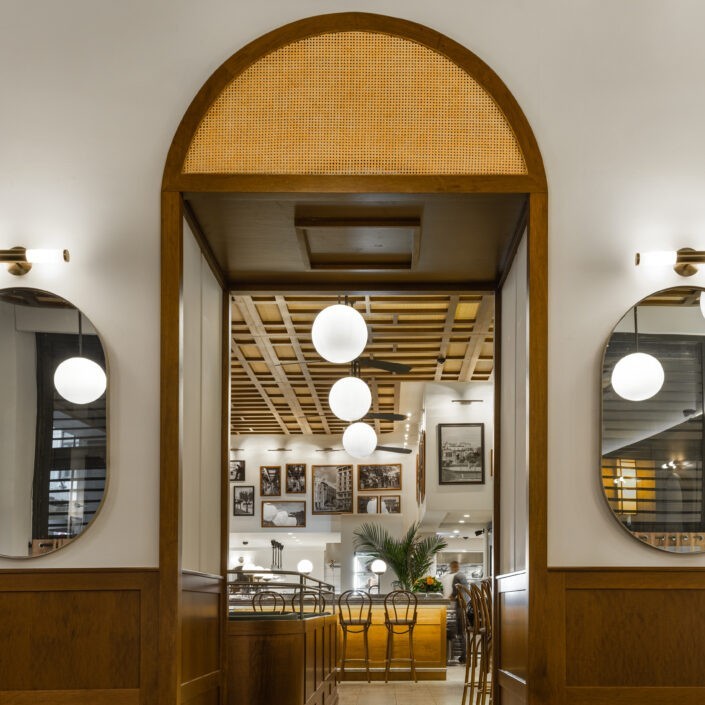 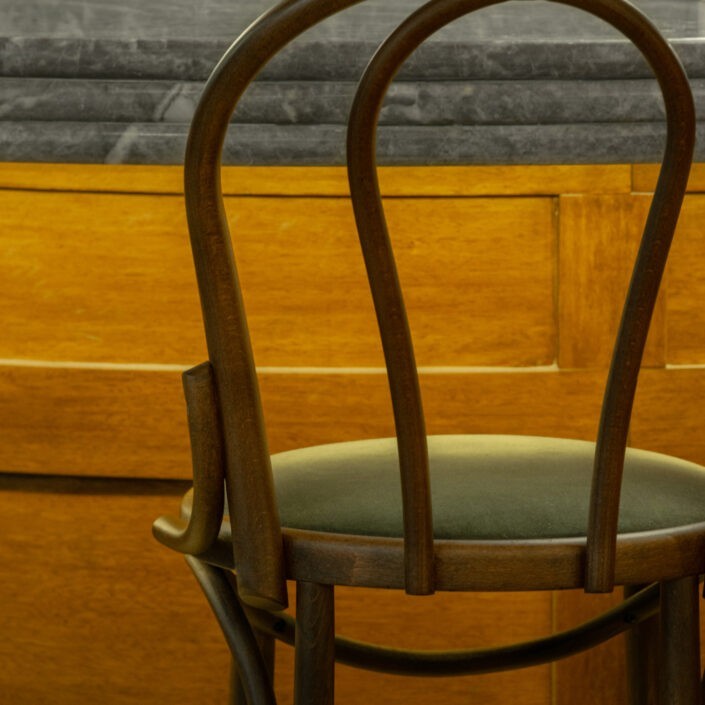