M/S Cosmos Yacht of Acrobat Yachting is an old aegean vessel of 1979. She was originally built as a sea cruiser of a greek shipowner and then was bought and used by a german publisher.Her revival as a sea cruiser was the reason for her re-design and modernisation in order to be used and enjoyed as a floating hotel. The yacht was used as a vessel of Hellenic culture, especially of the architectural heritage of various greek areas.

The main gesture was to showcase each area/cabin as a space with either references to architectural aspects of the Greek homeland or to a cultural moment of Greek tradition.

Regarding the layout of the ship’s living space, the number of cabins was reduced in order to make the remaining ones more spacious and comfortable. Each cabin accommodates 2-3 people, has an ensuite WC and storage space. The public areas are interior and exterior, located on the deck level. The kitchen and the dining room are built next to each other while outdoor sitting is located both on the bow and the stern of the ship. 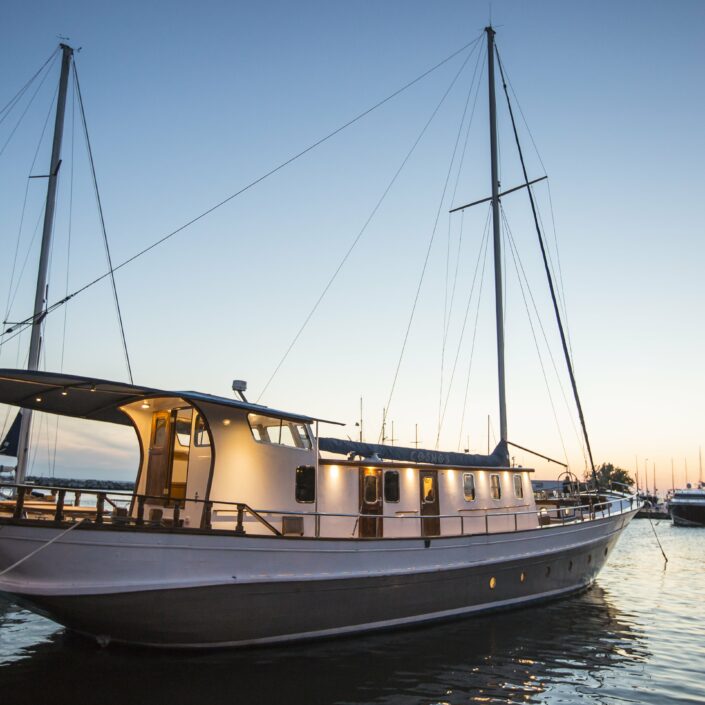 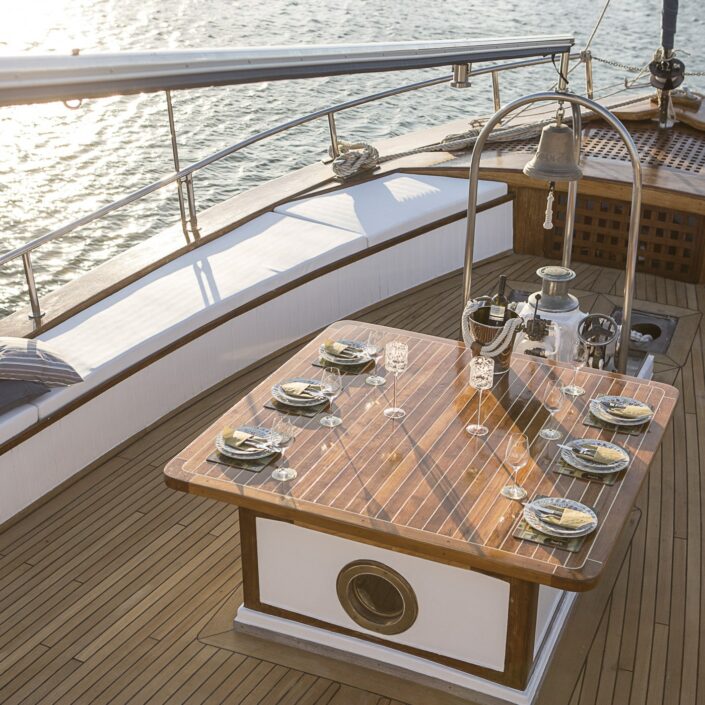 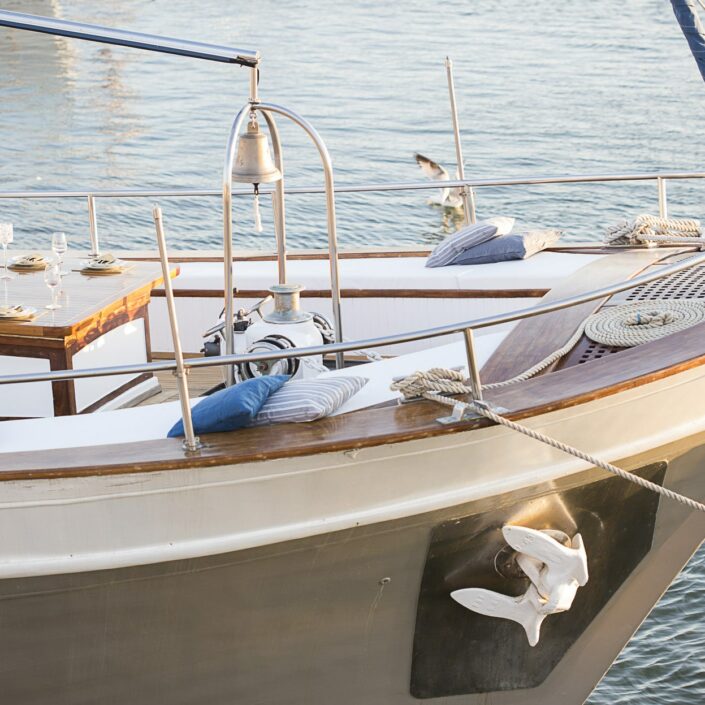 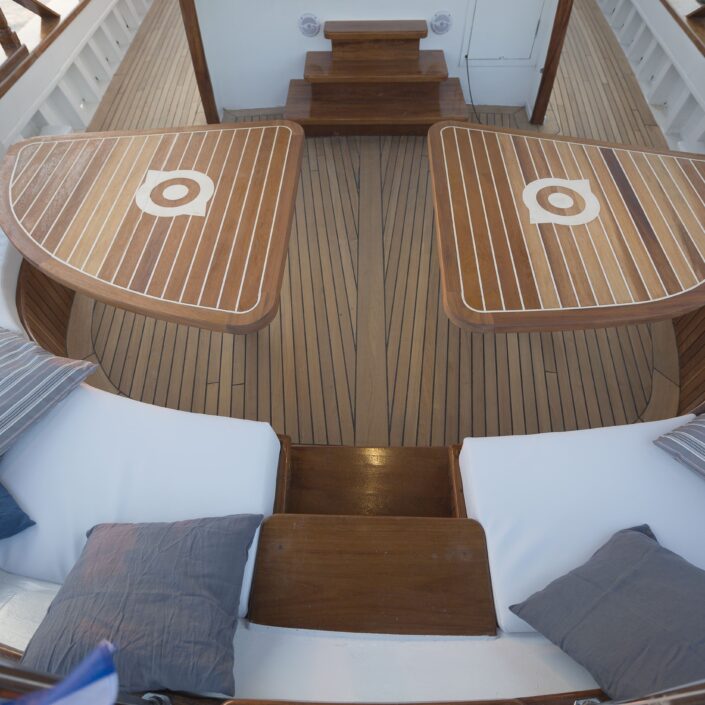 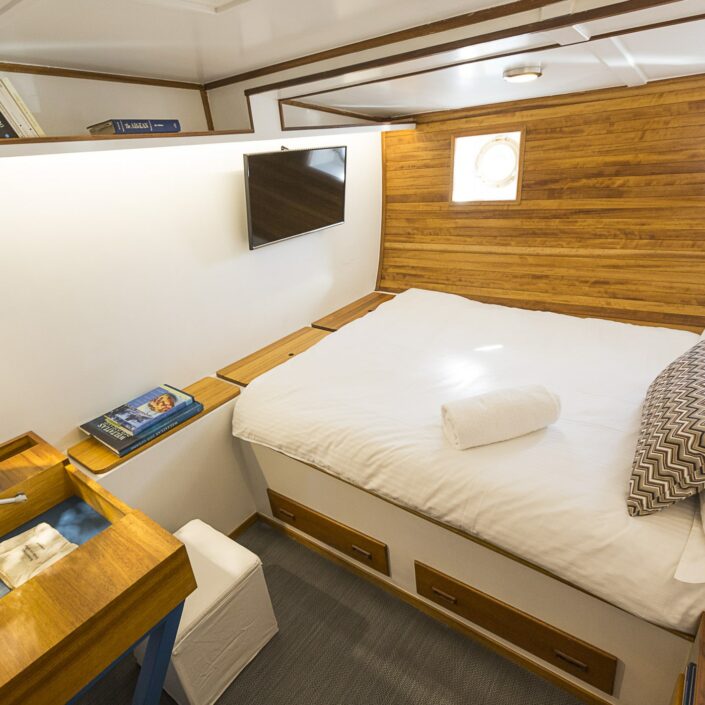 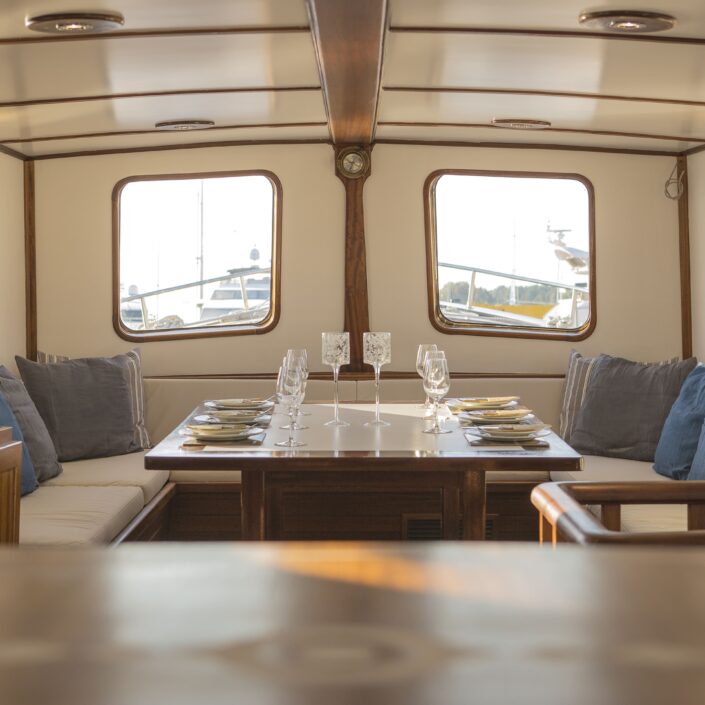 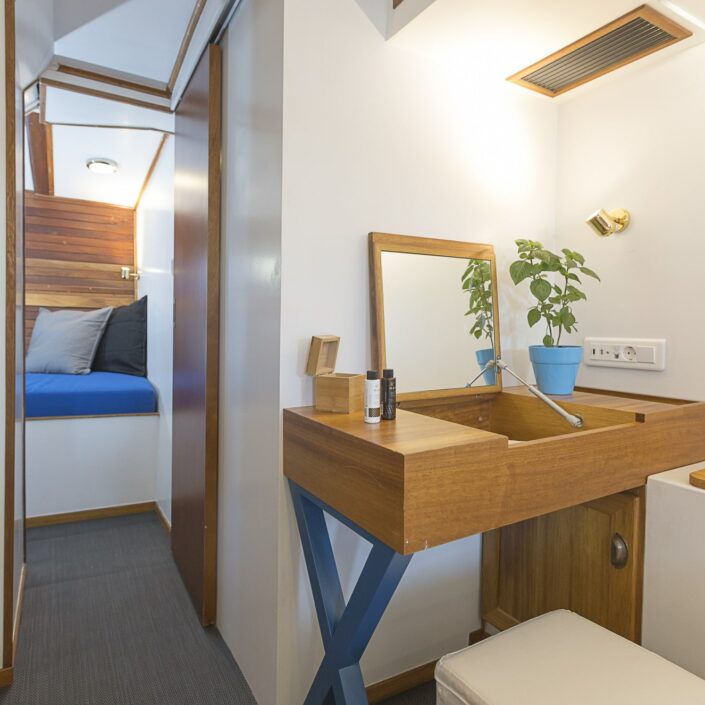 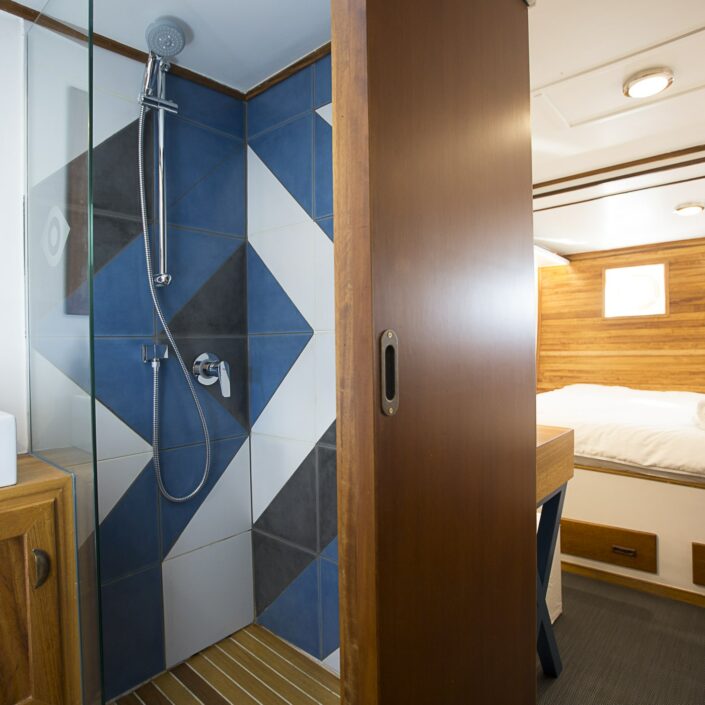 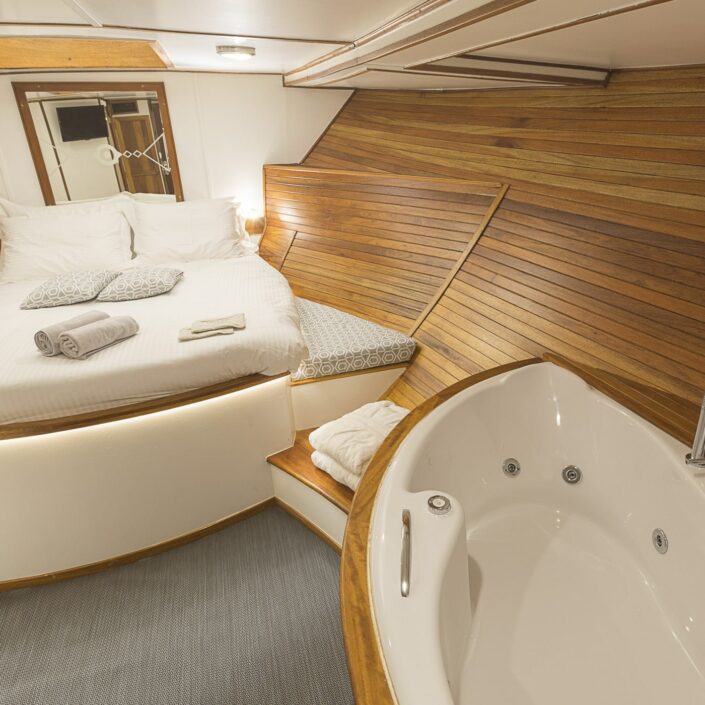 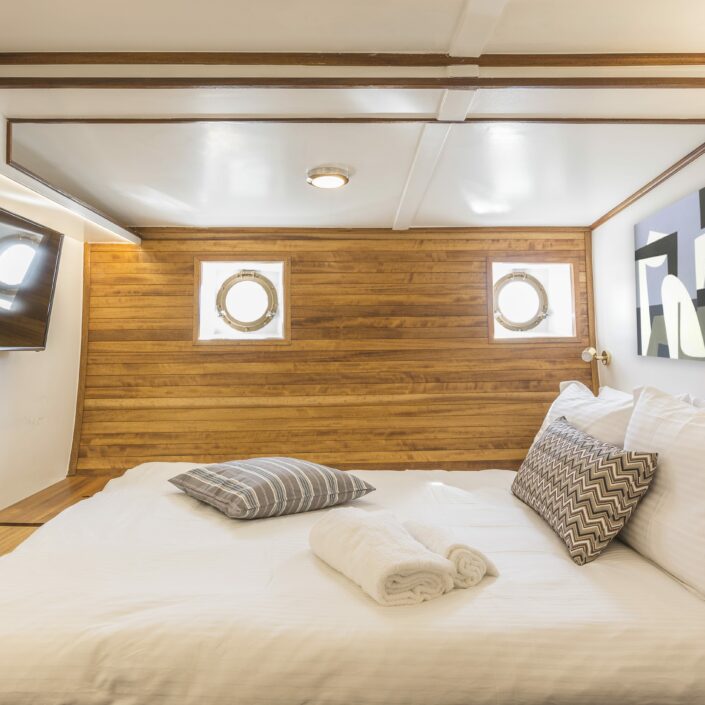 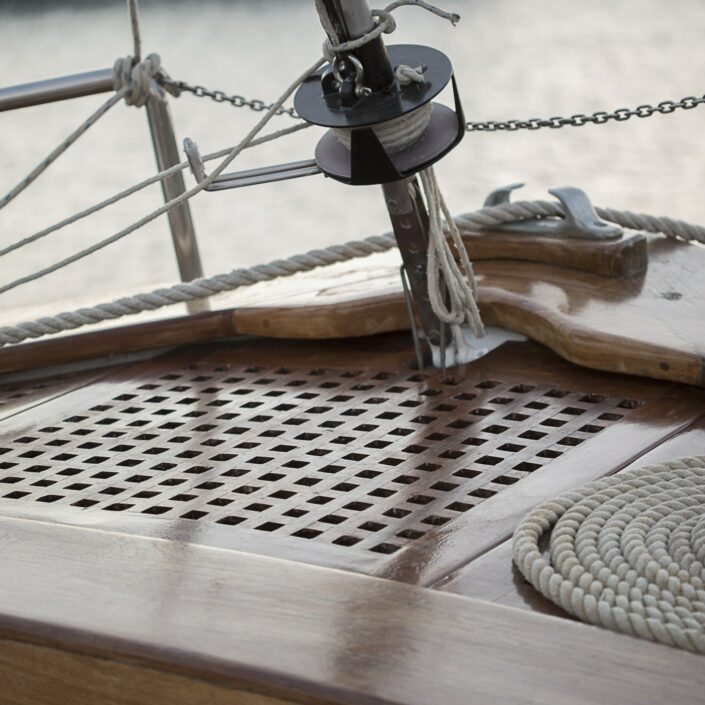