Sans Rival is one of the oldest hotels in the center of Athens, as it was inaugurated in the 1920s and operated as a hotel until the mid-1990s, when it was abandoned. Its revival as a high standard hotel brought plenty of challenges, both due to the building’s special architecture and due to its symbolic value for the center of Athens.

The building has a triangular plan that develops around the a circular staircase. The organization of the building was maintained as much as possible and all the additions made, were designed to be completely distinct from the original construction. A typical example are the bathrooms of the rooms (infrastructure that the original building did not have) which were designed as enclosed gold boxes, placed inside the room.

Throughout the building, inside and out, there are samples of eclectic decoration, which have been preserved and highlighted. Such examples are the main staircase and its characteristic railing, the wall and ceiling decoration of the main hotel entrance on K. Paleologou str., the special construction for the reception, the floors made of concrete tiles (which vary per room) as well as the plaster decoration in all the rooms.

On the ground floor, there is the hotel cafe-bistro, with an atmosphere reminiscent of the ’30s and an extroverted street view. Its special elements are a triangular marble bar and the special hanging metal construction of a wine cellar.

The hotel has 42 rooms developed over four floors. On the fourth floor, which is in retreat and is a later addition to the original construction of the building, an outdoor seating area was designed. 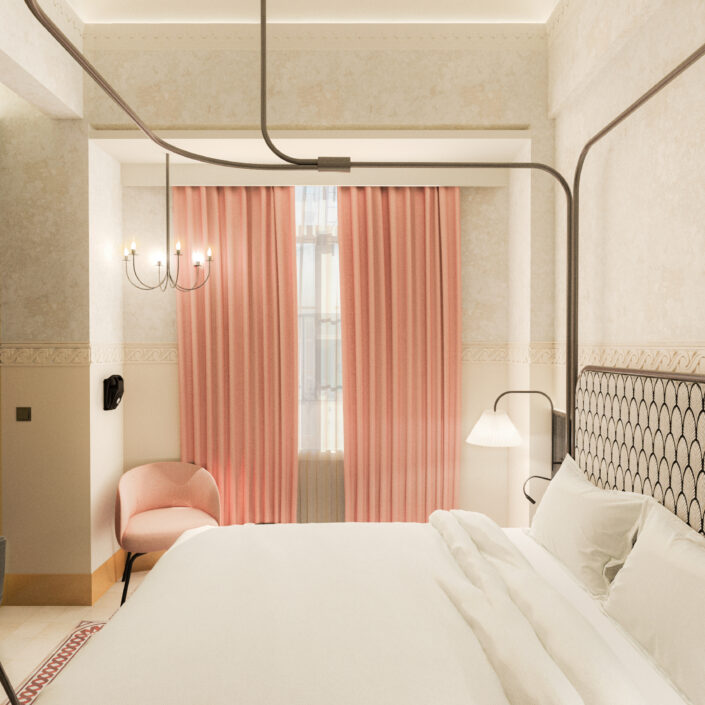 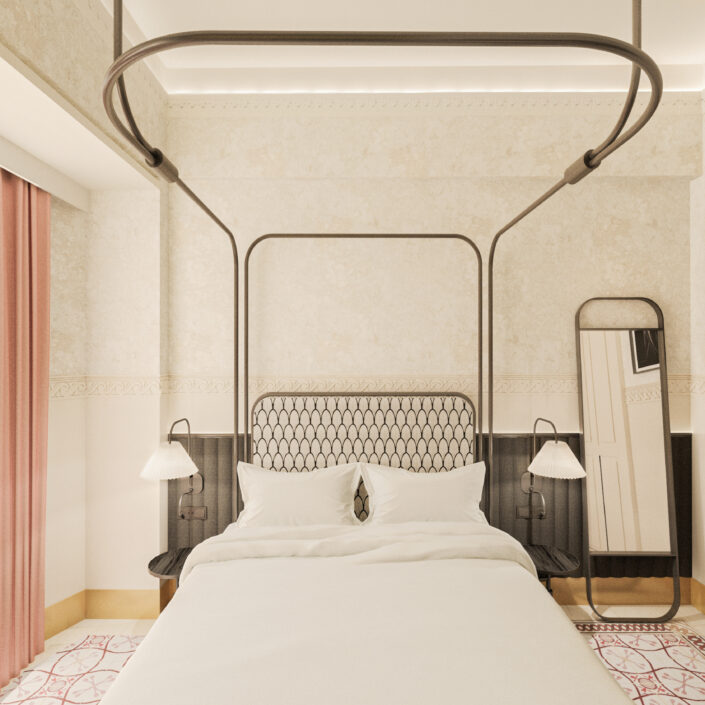 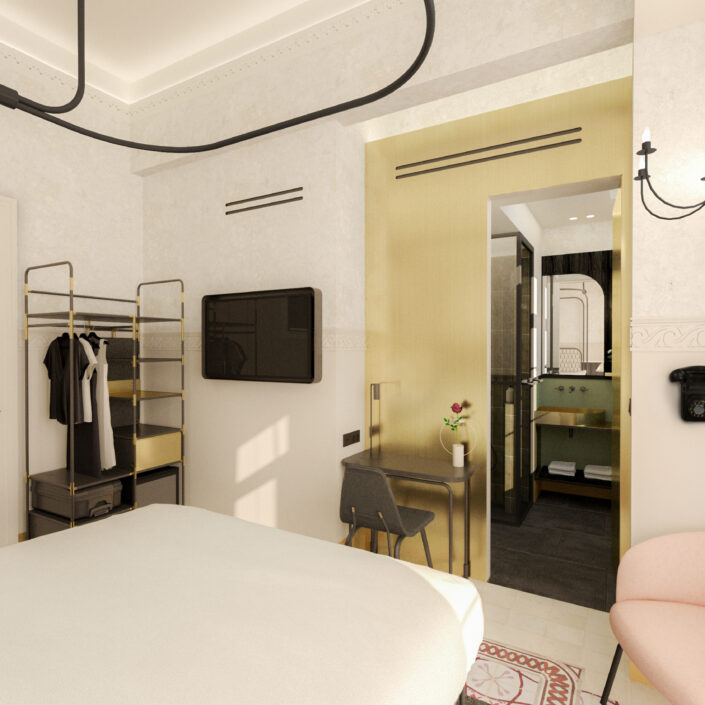 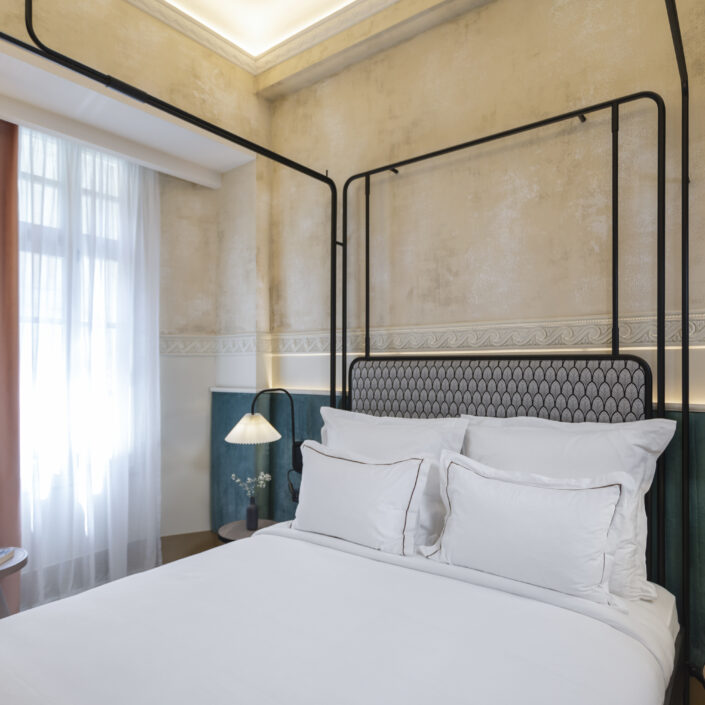 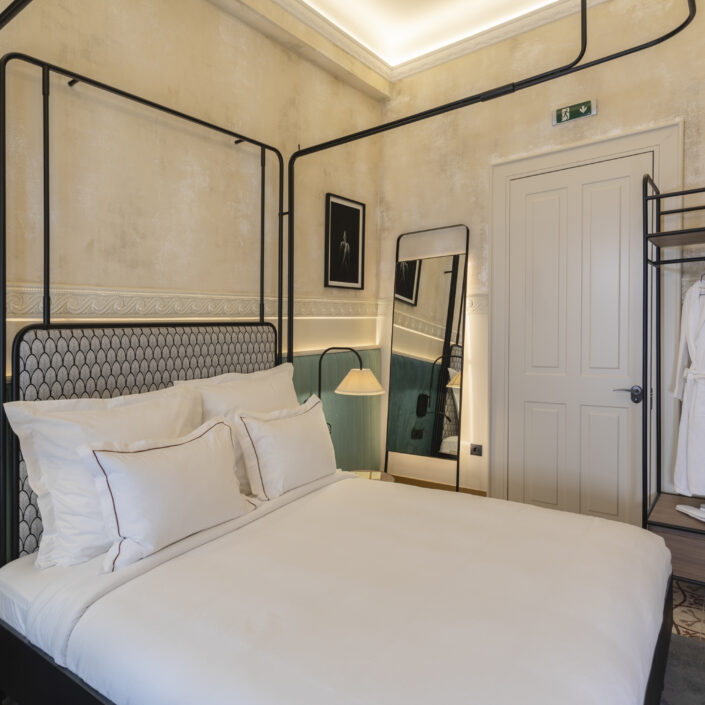 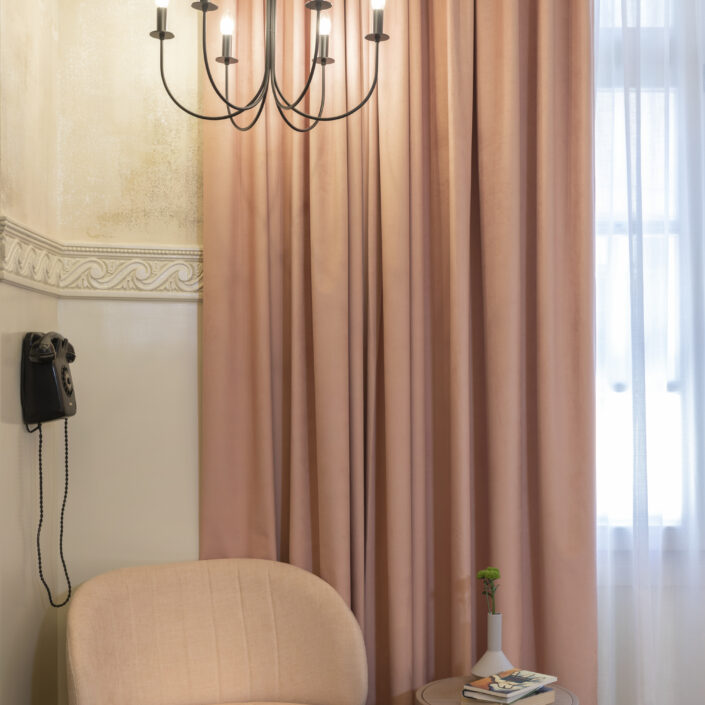 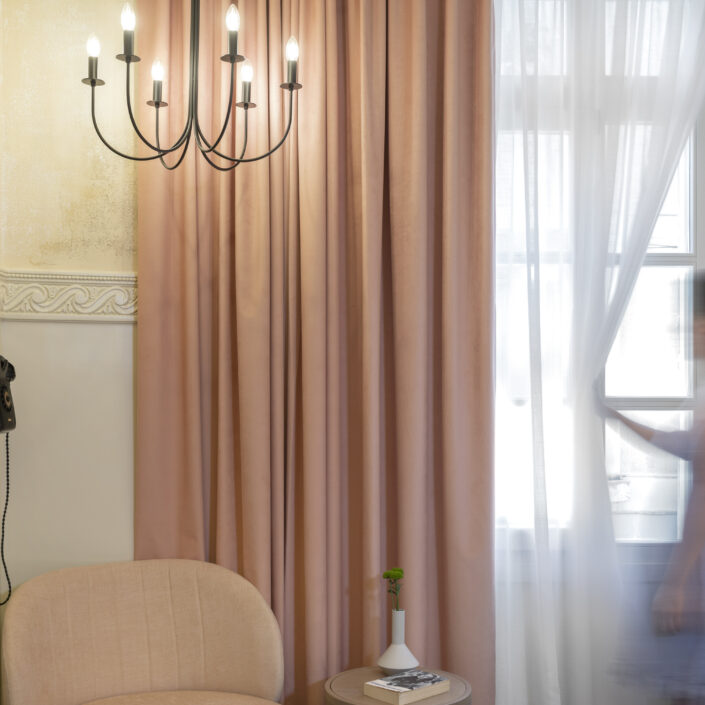 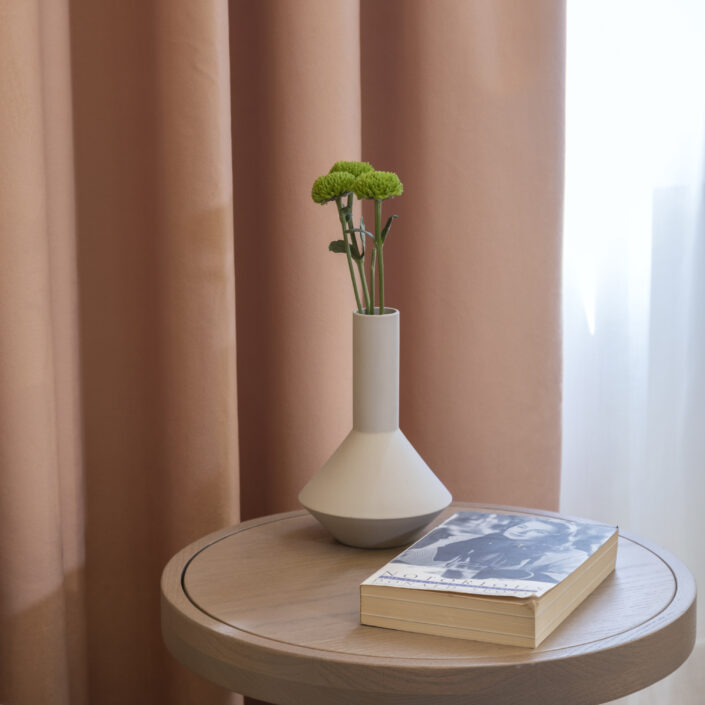 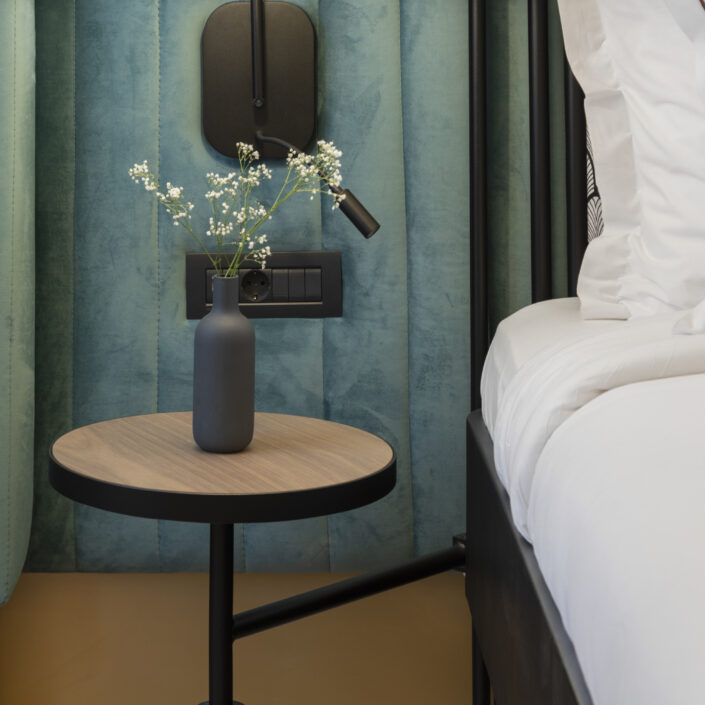 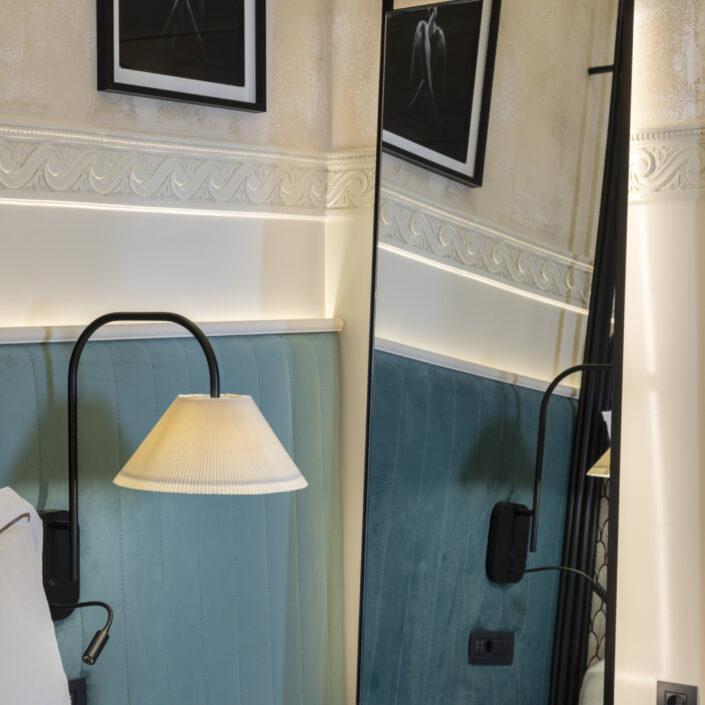 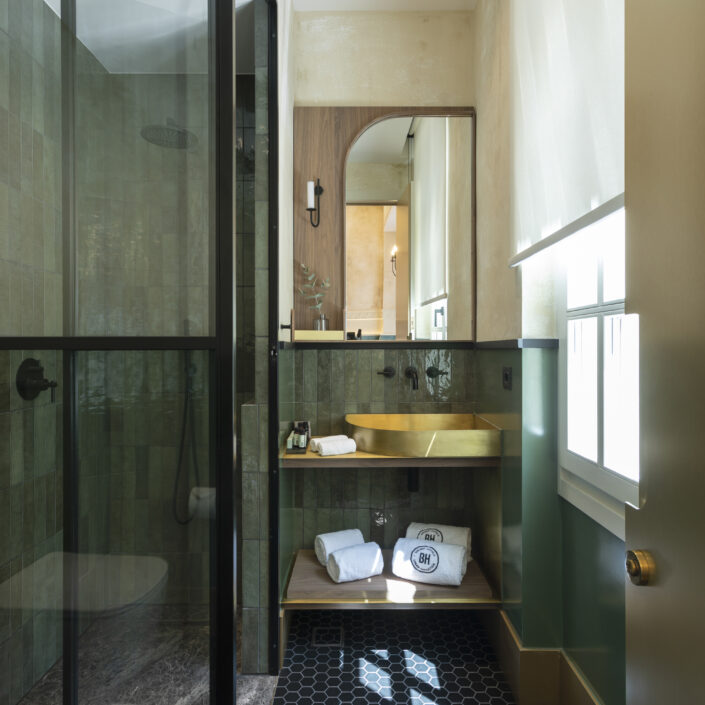 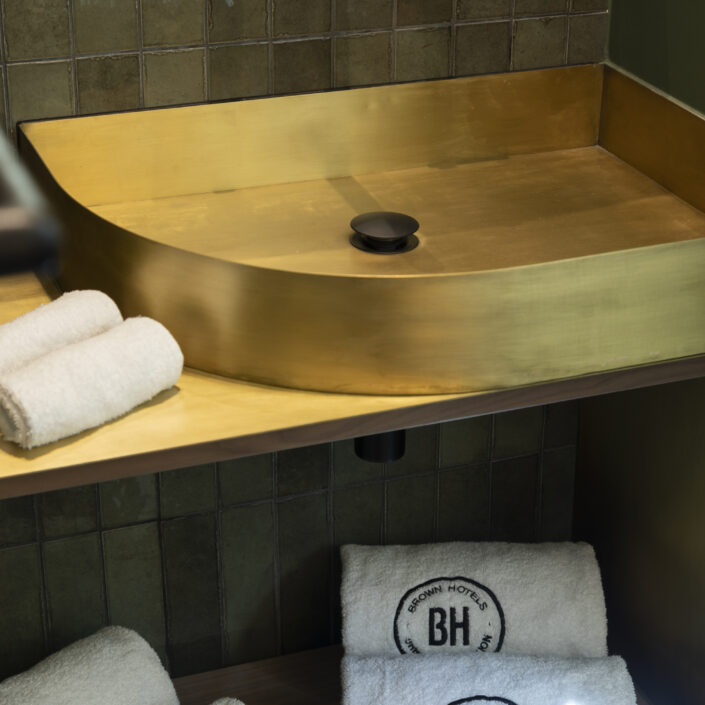 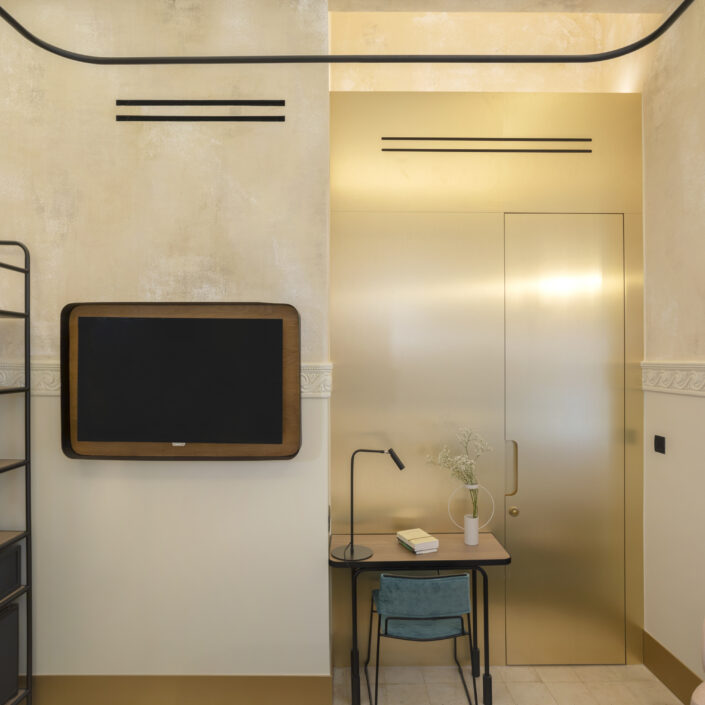 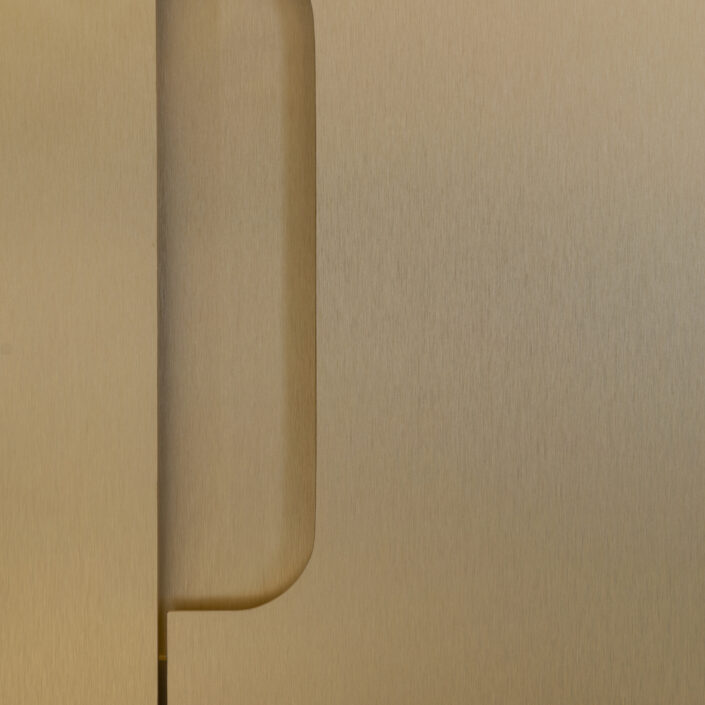